Canada is considered one of the safest countries in the world, in this article we will show you why. 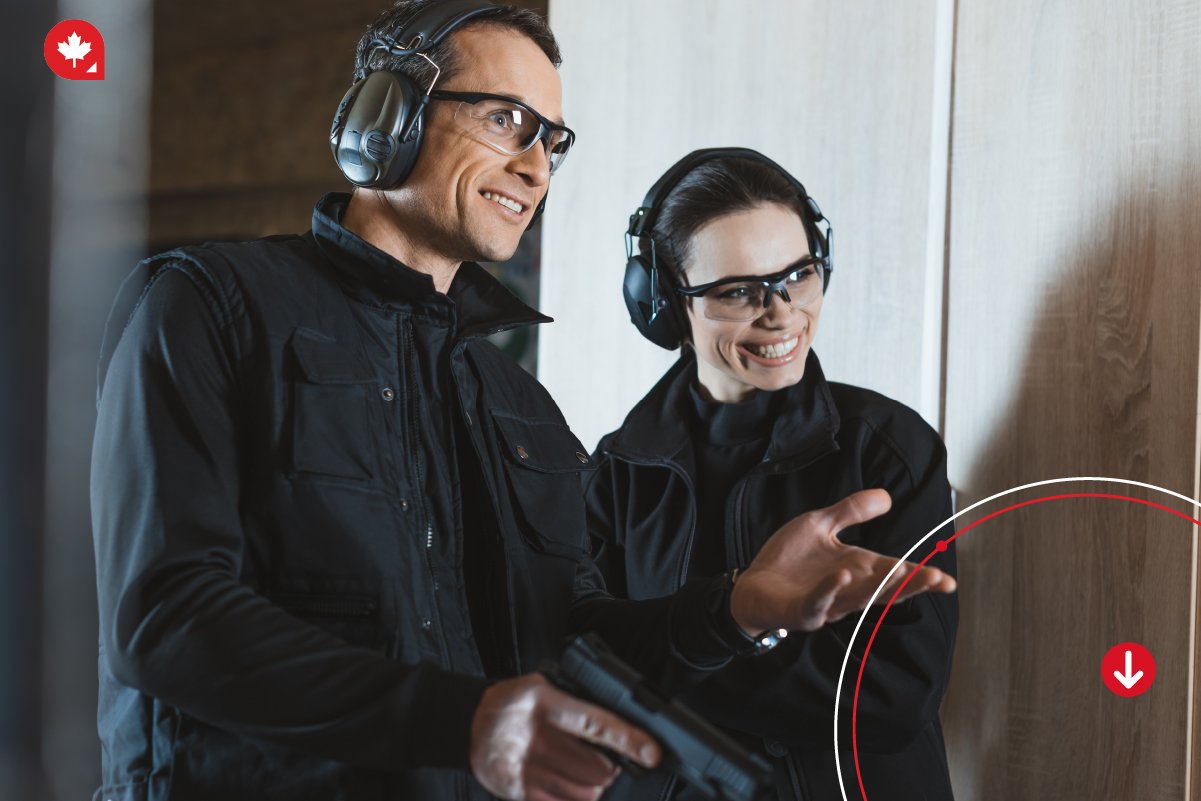 When weighing up your immigration options, you'll want to review every element that will play a role in whether your greener pastures will really be greener. So when it comes to ticking off the priorities, safety should be right at the top. A safe setting contributes to the quality of life you'll experience in your new country. It is, therefore, important to find out more about the place you plan to resettle in. If you're planning to move to Canada, there’s one big question you need to find an answer for: Is Canada Safe?.

Canada is considered one of the safest countries in the world. In fact, it is one of the top 20 safest countries in the world, ranking at number 12 on the Global Peace Index. This is usually the drawcard for many seeking the ideal immigration destination, especially for those wishing to settle in North America; as the neighbour to the South, the United States ranks at 129.

What makes Canada a Safe Country to Live in?

Safety contributes to the quality of life newcomers will experience. So when determining whether Canada is a safe country to live in, we will look at the following factors:

The Crime Rate in Canada 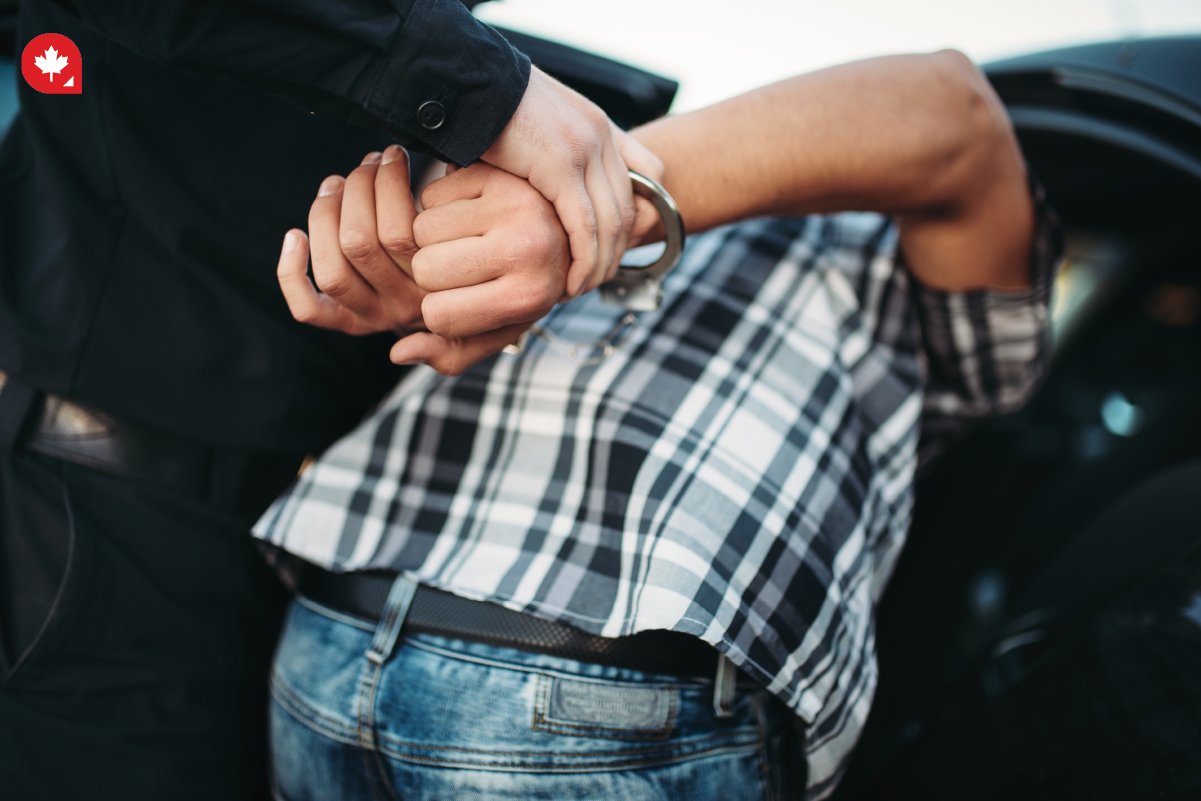 When it comes to crime, even citizens in the safest countries in the world can fall victim to criminal acts. With crime being something that happens everywhere, what matters when choosing an immigration destination is that you get an idea of the severity and rate at which crimes occur in the region you wish to relocate to.

Yes, there is crime in Canada. The Great White North is not immune to serious and violent crimes, especially those involving firearms. According to the latest crime statistics. Violent crimes rose 5% in 2021, while non-violent crimes, which include property and drug offenses, dropped by 3%.

In line with efforts to make Canadians safer, Public Safety Canada continues to maintain and increase measures to deal with any scourges of violence and other criminal acts. In their Public Safety Canada Departmental Plan for 2022 to 2023, Minister of Public Safety, The Honourable Marco Mendicino and Minister of Emergency Preparedness and The Honourable William Sterling Blair shared their initiatives to lessen crime in Canada and ensure that Canadian communities are safe. These include: 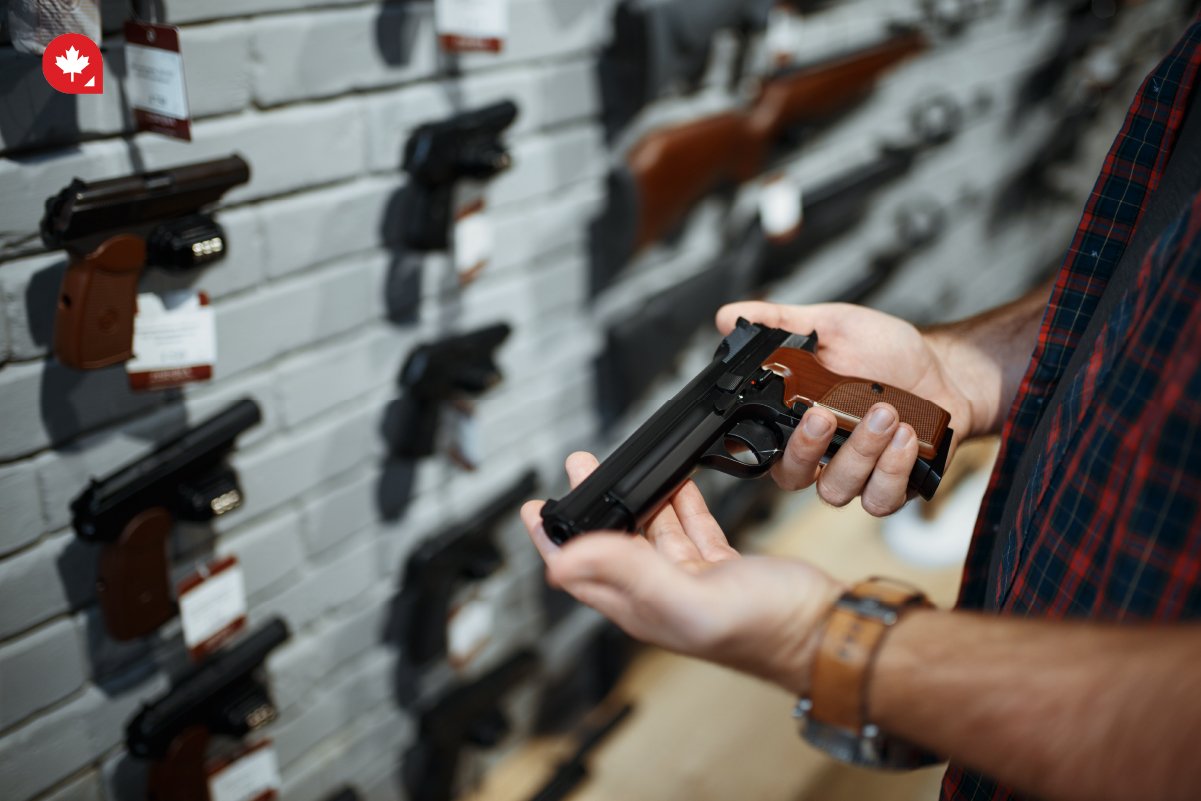 The Government of Canada has put some of the strongest gun control measures the country has ever seen in place. With handguns found to be the weapon of choice in Canada, the country's Prime Minister, Justin Trudeau, recently announced a national freeze on the sale, purchase, and transfer of these weapons. The measure is part of Canada's comprehensive plan to stamp out gun violence. So far, 1500 assault rifle models have been prohibited. There has also been a push to implement more stringent background checks. In addition, the government's Bill C-21 suggests extended efforts to ensure that firearms don't fall into the hands of those who conduct criminal activities.

Worker Health and Safety in Canada 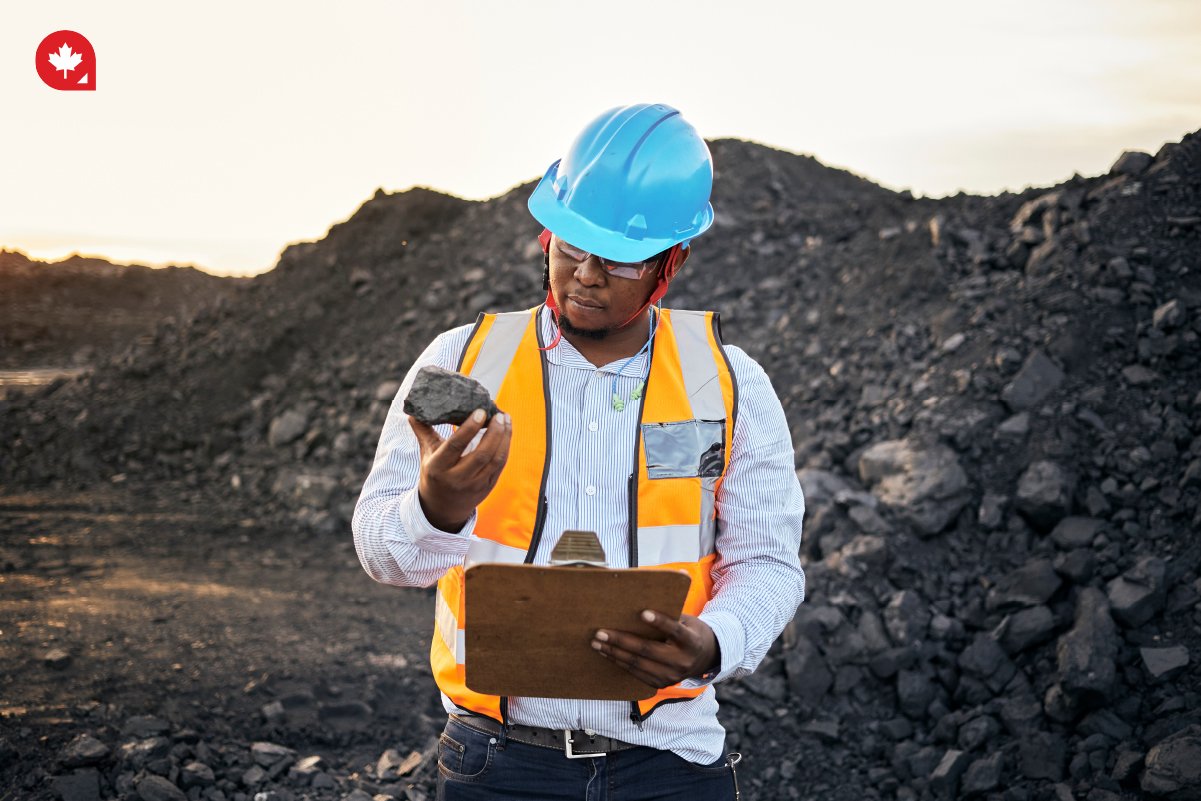 Canada has strict measures to protect all workers in their working environment. This is done to ensure that workers are not exploited and can carry out their duties in a setting that is not detrimental to their health and well-being. Every business in the Great White North has to commit to its employees' health and safety. The Canadian federal government requires employers to follow the rules and regulations stated in the Canada Labour Code, which prioritizes worker health and safety in Canada, as well as employee rights. 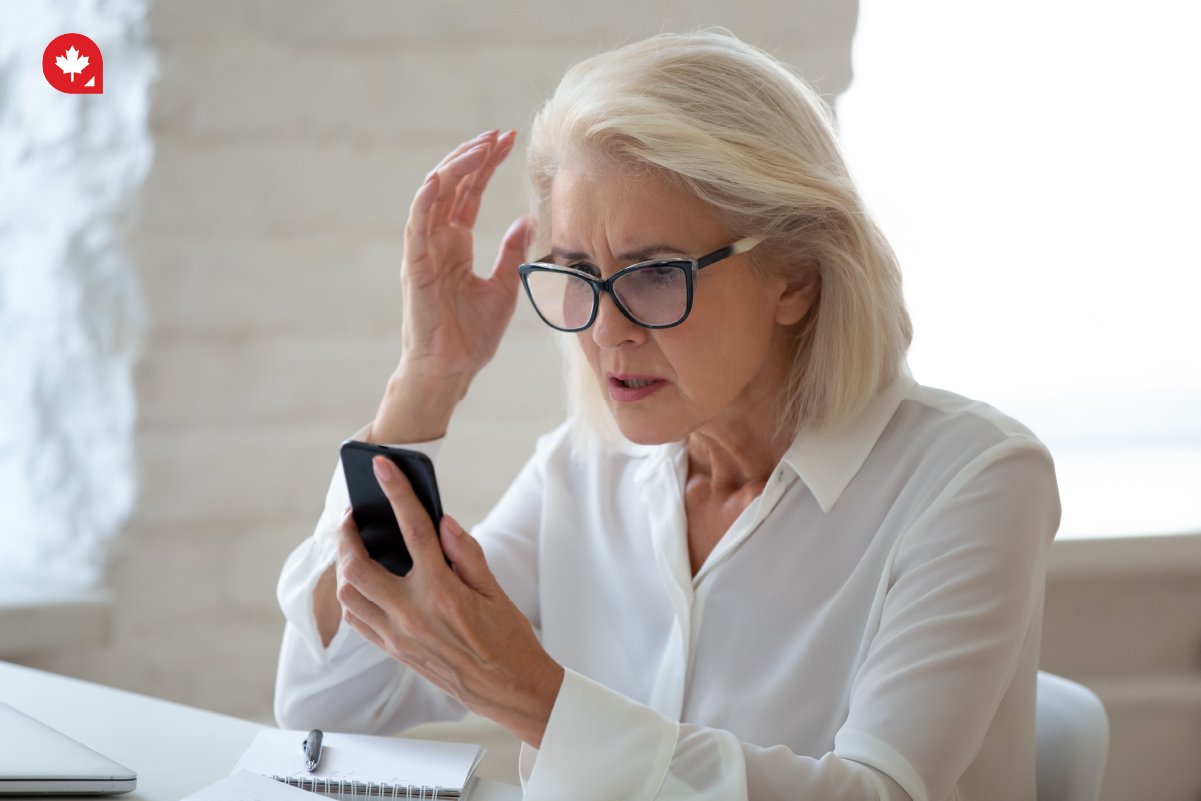 When it comes to healthcare, Canada has a world-class offering. Canadian citizens and permanent residents have access to universal healthcare, which means they can use medical and emergency services throughout the country. This means that you'll have everything you need when it comes to maintaining good health. Find out how you can access pathways to Canadian Permanent residency. 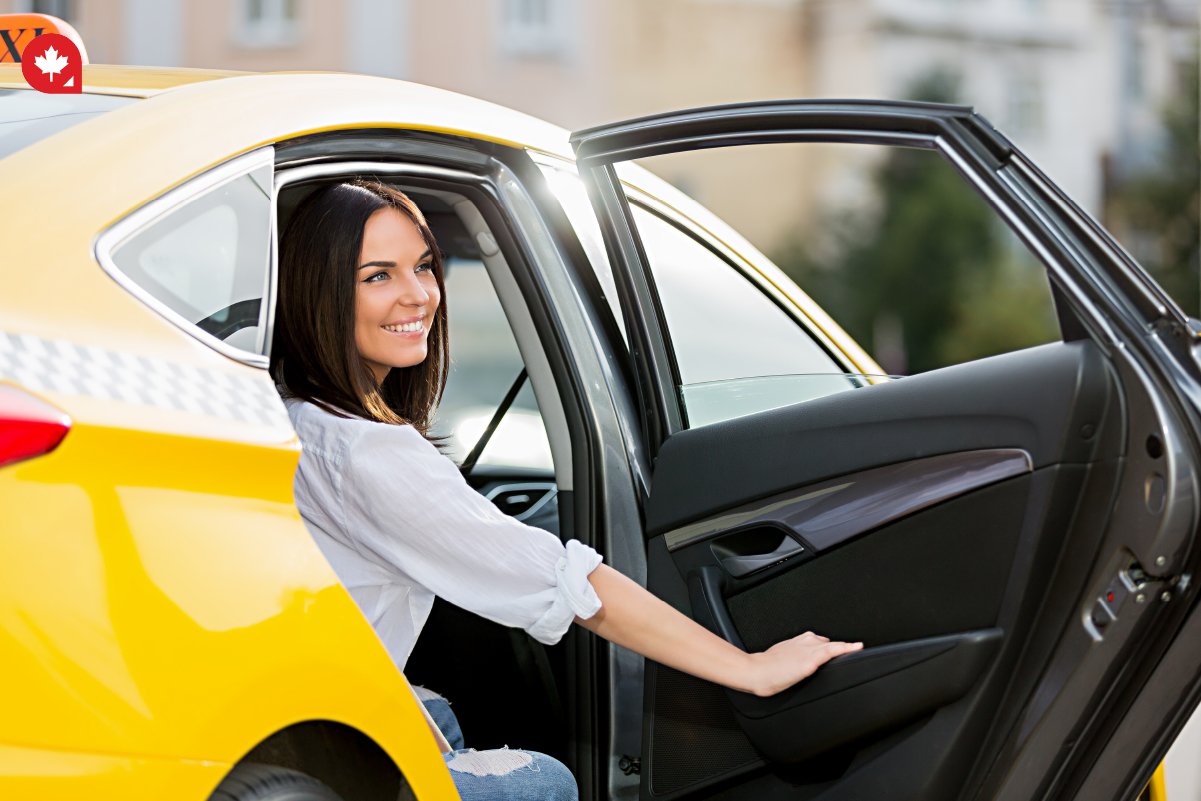 Knowing what to expect from a country's transport system is important, as you'll need to navigate around your new city without your own car once you get there.

Is Public Transport in Canada Safe?

Public transport in Canada is considered to be quite safe and secure. You'll have easy access to many different modes of transport, including buses, trains and cabs. You'll find that the infrastructure is well-managed and clean, with sufficient surveillance to keep the public safe. Because Canada is known to be one of the friendliest countries in the world, it comes as no surprise that you'll have the option of alerting your bus driver when you feel unsafe on a bus. You may be able to get them to drop you off at a location that is closer to your home, should that become necessary.

There are also several transit authorities that you can contact via text or phone in situations where you may feel vulnerable. You should find one that operates in your province as soon as you settle in.

Is it Safe to Cycle to Where I Need to be in Canada?

Hopping on a bicycle is a quick and easy way to get wherever you want to be. It also contributes to a great workout. While Canada is generally safe for cyclists, investing in a U-lock for your bike is advisable.

While on the road, take the time to familiarize yourself with your surroundings. Summers are great for cycling, but you'll have to be careful during icy winters.

Before getting into your cycling routine, you'll learn about your province's bicycle safety rules and learn about the hand signals used in Canada. Remember, safety comes first, so invest in protective headgear and do regular maintenance to avoid accidents while you're out and about.

If you're going to be driving a vehicle once you move to Canada, you'll need a driver's licence as proof that you are capable of being behind the wheel and to confirm that you are familiar with the rules of the road. You'll have to do regular maintenance checks to ensure your safety while driving. Winter driving is quite an undertaking due to snow and icy roads. You will need to learn how to navigate your way on these roads to stay safe. It is advisable not to venture out alone at the peak of the snowy season.

Being a newcomer in Canada, or any country for that matter, puts you in a vulnerable position, as you're still figuring out the ins and outs. You'll probably still be learning about the ways in which things function, especially when it comes to banking, government workings and immigration. Therefore, it is essential to remain alert and recognize when you become a target for scams. Look out for:

Embarking on a new journey to a new country is quite daunting, especially with all the unknown factors that come with it. But your safety doesn't need to be left hanging in the air. Is Canada Safe? Yes it is!. With Canada recognized as one of the safest cities in the world, you should be at ease, but you'll also need to be realistic and alert while you're getting to grips with your new environment. And it's not the only crime that you should be aware of. You must always consider the weather patterns of the region you find yourself in. The key is to remain alert. Check out our Canada Newcomer’s Guide for more information.

Will I be Able to Walk Around Alone in the Evening in Canada?

It is fairly safe to get around on foot in the land of the maple leaf. Just make sure you get to know your area first, and be sure to walk only in decent lighting areas. Do not walk around with your earphones on, as this will mean that you're detached from what's happening around you. If you settle in a rural setting, look out for animals, invest in bear spray and/or carry a whistle.

What Should I do if I Become the Victim of Telephone, Internet, or Email Scams, or Fraud in Canada?

If this happens to you, immediately contact the Royal Canadian Mounted Police Canadian Anti-Fraud Centre or call toll-free: 1-888-495-8501. Be aware of what scams are doing the rounds by monitoring the news on a regular basis.

How Can I Make Sure I am Comfortable and Safe in my New Canadian City?

Winters are icy and unpredictable, which can also influence your safety. While you settle in:

The Cheapest Cities to live in Canada

Life in Canada: Is it a Better Place to Live than the UK? | CanadianVisa