Studying abroad can be so expensive that most won’t give it a try. These 5 cheap colleges in Canada will provide you with the opportunity of your dreams. 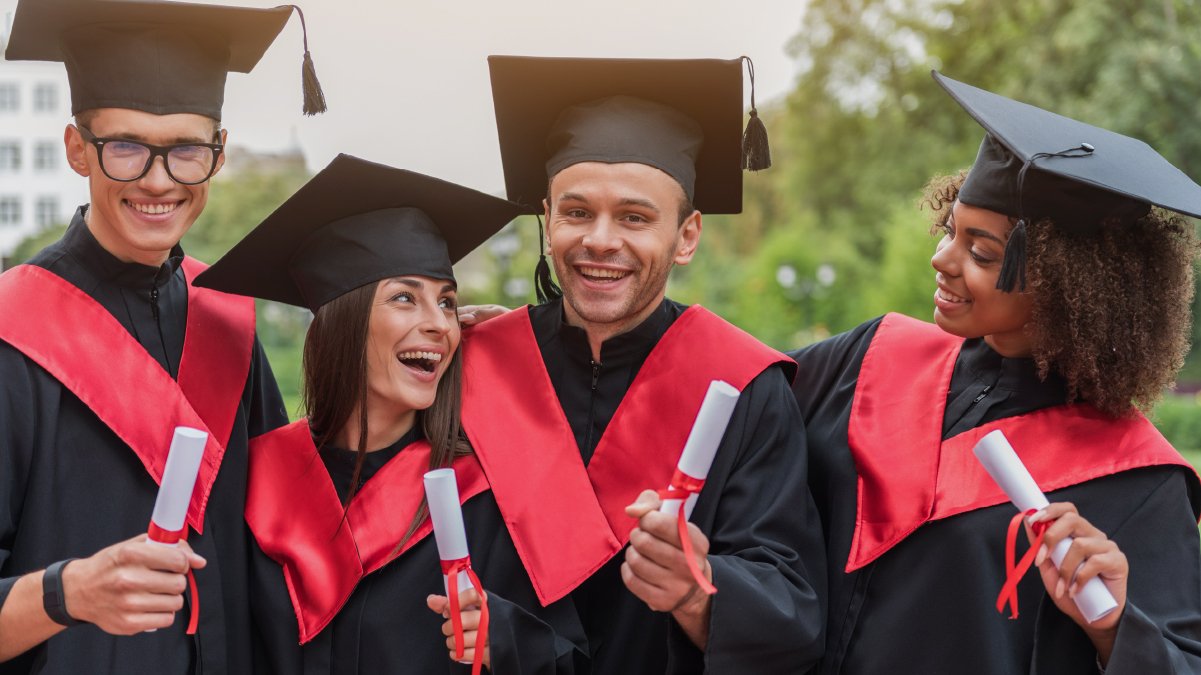 Studying in Canada provides fantastic opportunities to put you in good stead for a successful career anywhere in the world for cheaper than universities of similar world rankings. Many of the universities in Canada are in the top 1000 globally. As a result, a qualification from one of these universities opens up the opportunity for international students to find work after graduation.

Studying abroad can be expensive, but there are many cheap colleges in Canada bringing far more affordable options than the United States of America (USA), the United Kingdom (UK) and Australia.

The average annual university tuition fees are as follows:

Depending on your degree program, some of the universities in Canada can be expensive. However, this needn’t necessarily be the case. We’ve compiled a list of some of the best cheap colleges in Canada for international students. 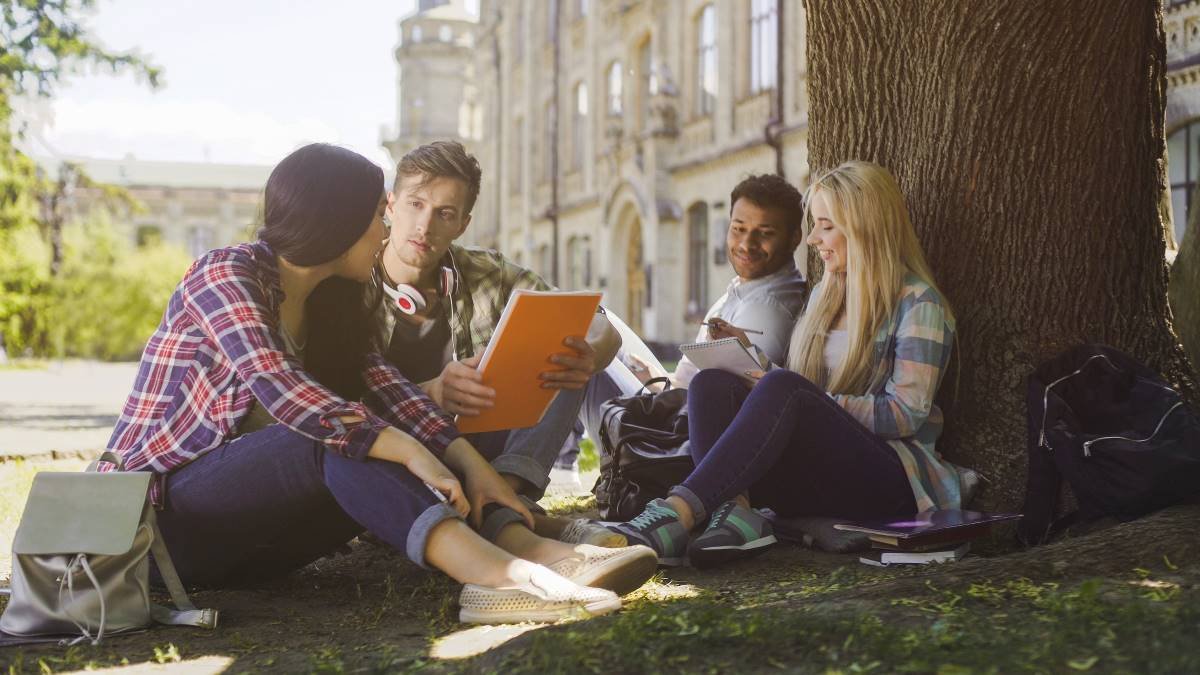 As Newfoundland and Labrador's only university, the Memorial University of Newfoundland is one of the most affordable and respected DLI approved colleges in Canada. It prides itself on being incredibly strong in its education, engineering, business, geology and medicine faculties. With strength in so many areas, MUN sets up students for quality education in a multitude of disciplines that can build fantastic skills.

The tuition fees at MUN start at around CA$11,500 per year, making it one of the most affordable, quality universities in Canada. On top of its low fees, the university offers an array of scholarships for outstanding international applicants. Like all DLI approved colleges in Canada, there’s a great support system for international students, ensuring that you feel safe and secure as an international student. 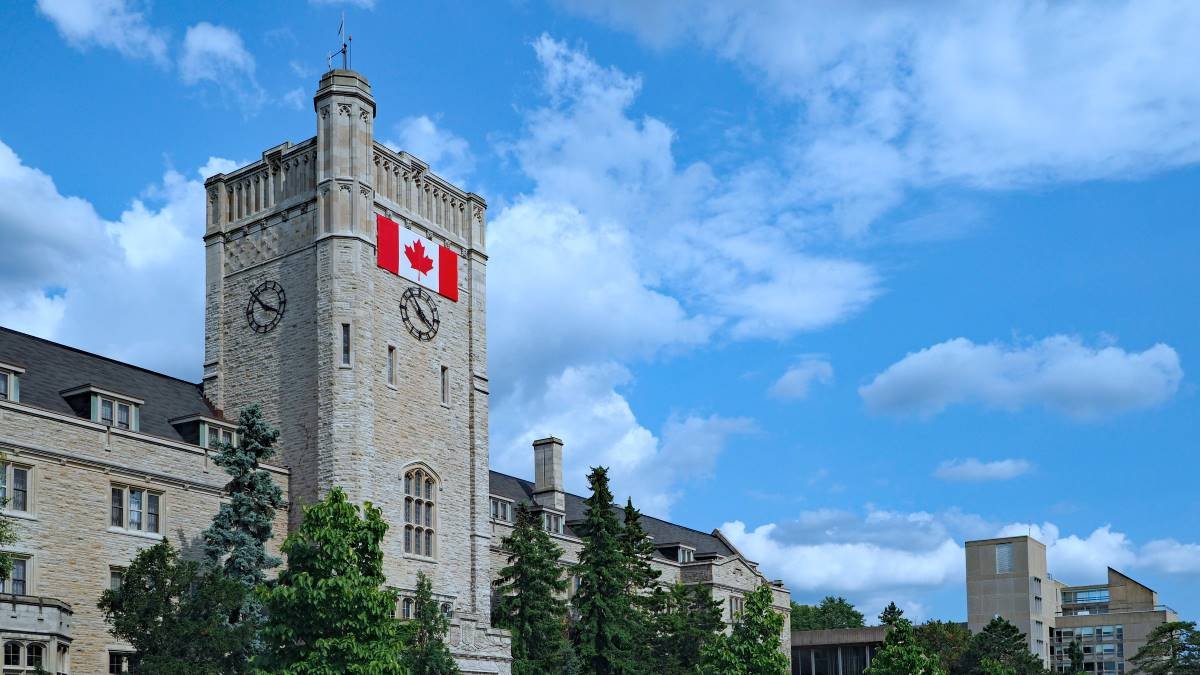 Nestled in Guelph, a small city in Canada's capital province of Ontario, the University of Guelph offers a fantastic alternative to Canada's premier university, the University of Toronto. UofG prides itself on being recognized as Canada's food university. It boasts multiple departments in food science, food technology and cooking among its a multitude of high-quality education programs across its many faculties. 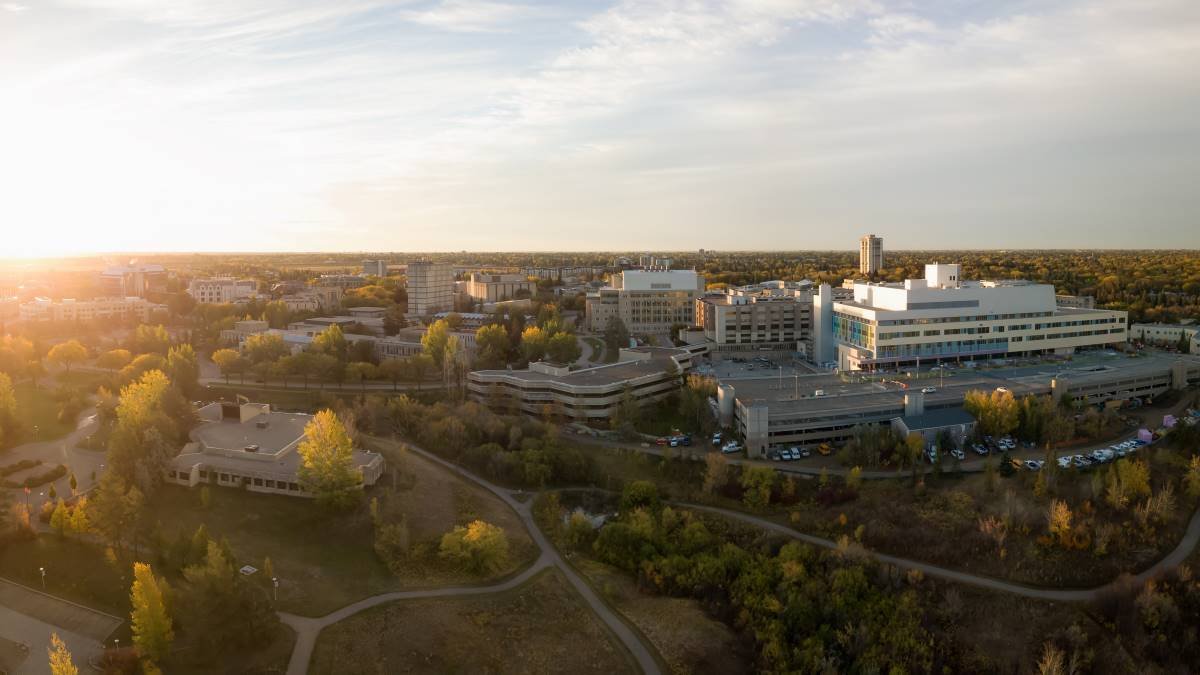 For those looking to study and work in Canada through a scientific career path, look no further than USask. Based in Saskatchewan's capital, Saskatoon, the University of Saskatchewan is one of the top cheap colleges in Canada. It boasts some of the best Molecular Biology and Genetics labs in North America as well as one of the top Physical Chemistry departments in Canada. On top of this, USask is at the forefront of sustainable development. It ranks 58 globally out of 1,400 sustainable development-based programs. 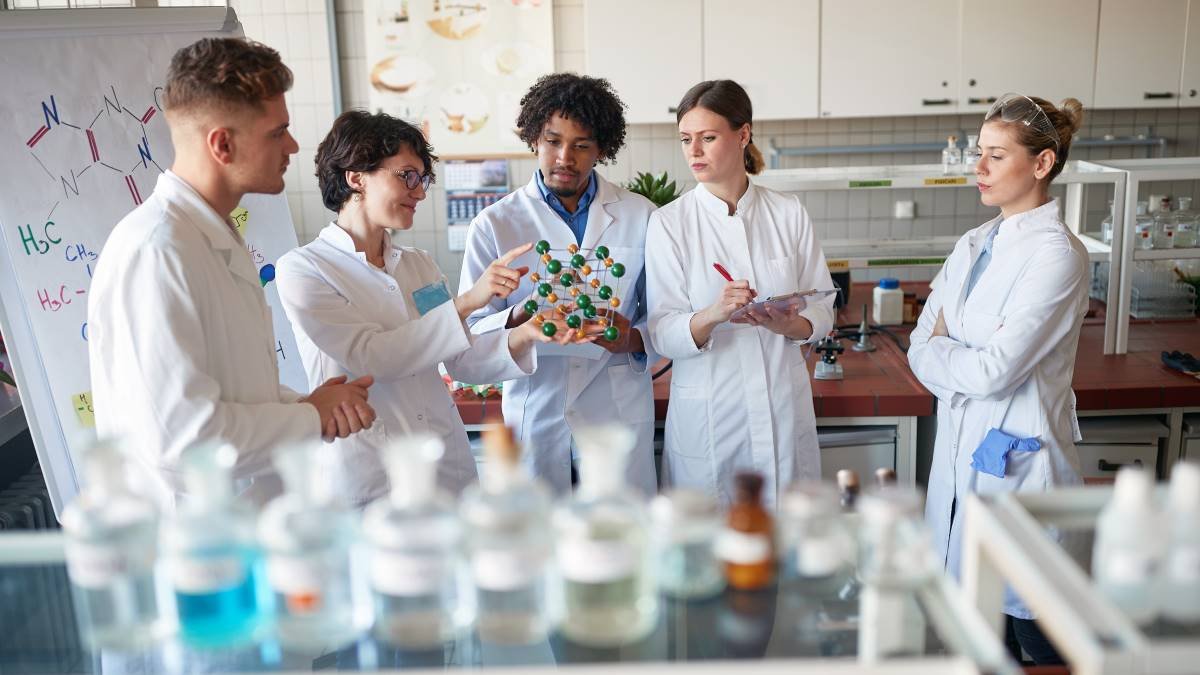 While a relatively young university, the University of Regina is one of the Top 50 universities under 50 years old in the world. Based in Regina, Saskatchewan, UofR prides itself on its experiential working programs, giving students the knowledge they need for practical work experience in their chosen profession. If you're looking to study and work in Canada, UofR is one of the best DLI approved colleges in Canada.

With tuition fees starting at around CA$21,000 per year, UofR is still cheaper in comparison to other universities. It offers a wide array of scholarships specifically for international students every year. The University of Regina has a massive amount of support networks to make the lives of international students easier, safer and better. One of its primary attributes is the 13-week English as a Second Language Program, which you can complete before beginning your degree program. This ensures you've already experienced UofR's culture and can start your academic program in the best stead. 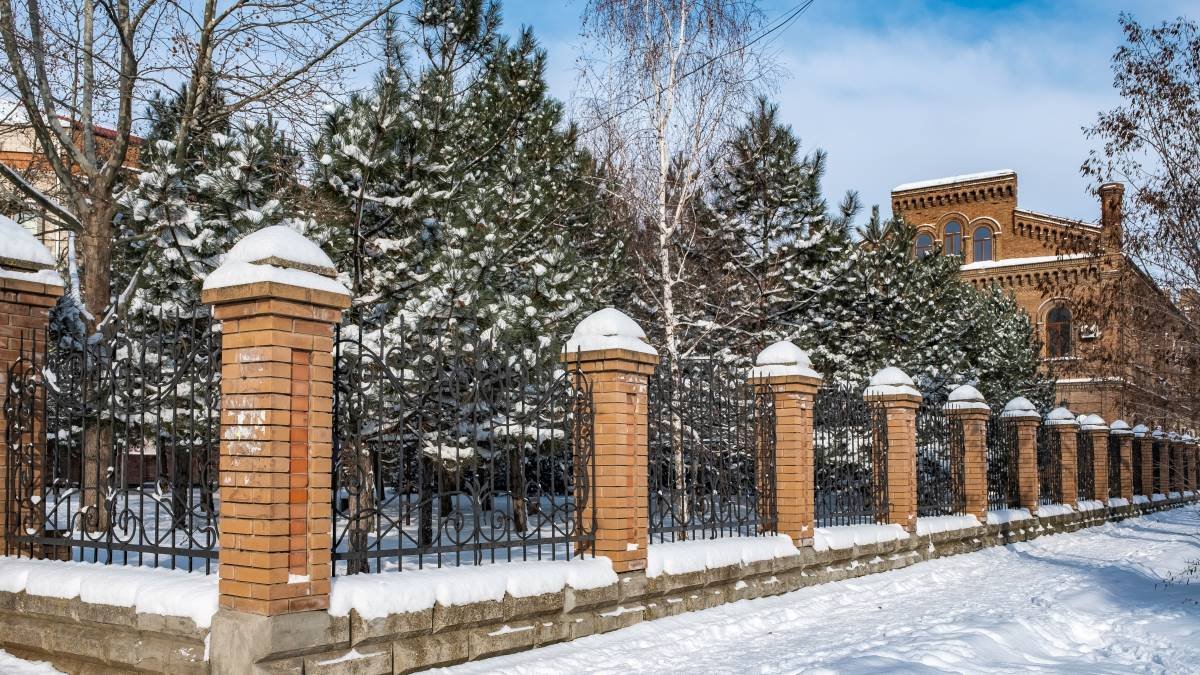 Brandon University is one of Canada's most well-known and respected DLI approved colleges. It boasts a massive variety of world-class faculties, with a coveted music school. Brandon University is not limited to one discipline. BU’s art, business administration, education, nursing, science, environmental science and psychiatric faculties are also highly acclaimed.

Depending on your degree, annual tuition fees at BU can range from around CA$4,013 to CA$18,150, making it one of the best cheap colleges in Canada for international students. It has a decades-long commitment to giving international students opportunities to study in Canada. The University also has multiple programs to help graduates work in Canada after graduating.

To study in Canada as an international student, you'll need to receive a study permit from Canada's Immigration, Refugees and Citizenship Canada program (IRCC). To get a study permit, you must prove your eligibility by a few criteria. For a full breakdown of the eligibility requirements and the application process, have a look at this article.

To see if you're eligible for a study permit, hit the button below.

Will I be able to study at a college that isn't a DLI?

No. The Canadian government only gives DLI status to colleges that are allowed to have international students. An acceptance letter from a non-designated college will not allow you to obtain a study permit in Canada. All of the schools on this list are DLI approved, and the Canadian government has a directory of DLI approved schools that will allow you to study in Canada.

Will I be able to work a part-time job to help fund my studies and lifestyle?

Yes, you're allowed to study and work in Canada as an international student. There are plenty of lucrative part-time jobs in Canada that you can do along with your studies. This article can show you a few good places to get started.

If you're looking to study at a cheap college in Canada, many options can help you build the profession you're looking into while still providing the support and quality of education that more expensive schools pride themselves on. Some of the top universities in certain disciplines are the cheapest to study at while still allowing you to gain a study permit and study and work in Canada. If you’re looking to kick-start your move to Canada, click the button below.

How to Send Transcripts to WES for Verification

When you send your transcripts for evaluation, you must follow the correct protocol to ensure your credentials are evaluated correctly.

If you are uncertain about the process, feel free to speak to an immigration expert.