Celebrate the Day of The Dead in Ottawa with food, music and thousands of fellow festival-goers.

Day Of The Dead In Ottawa: Enjoy A Mexican Festival In Canada 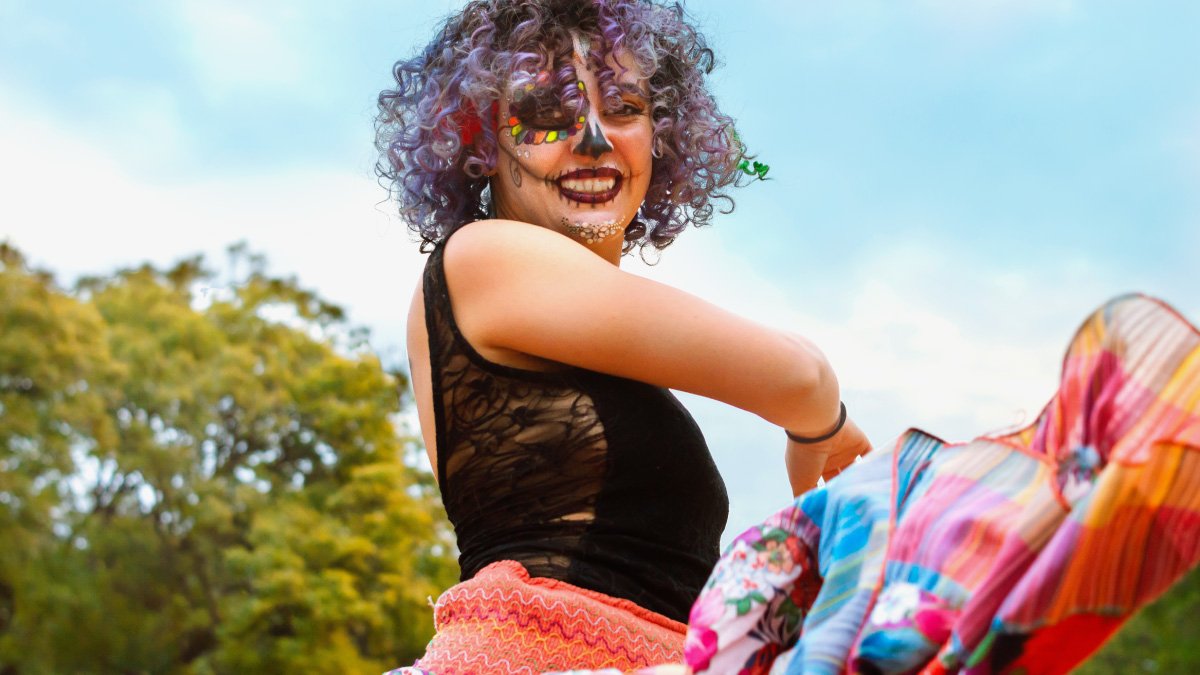 Festivals in Canada are often celebrating different cultures from around the world. Because there are so many expats living in the Great White North (approximately 21.5%), it’s no wonder that every year Canada is host to many celebrations, such as the Caribbean Carnival, St Patrick's day and The Day of The Dead. 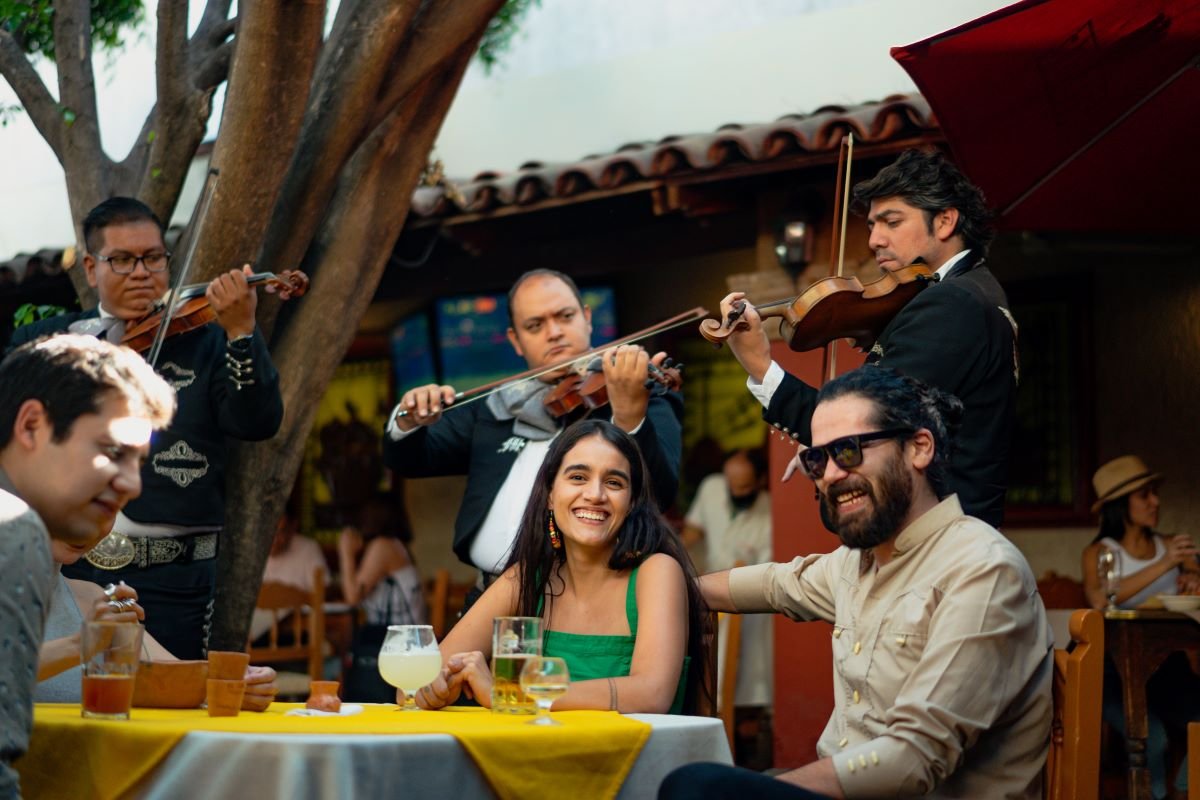 The Day Of The Dead In Ottawa

Thanks to its many job opportunities, plenty of entertainment and great schools at all levels, Ottawa is a popular destination for immigrants from all over the world. In preparation for a boisterous celebration of a Mexican Festival in Canada honouring the dead, celebrating the Day of the Dead Festival in Ottawa also showcases the diversity of Mexican culture via art, cuisine, music, and dance.

Ottawans are getting ready to do makeup and costumes - there will be piatas, face painting, Mexican food, dance performances, and a Mariachi band at the vibrant Day of the Dead festival. Every year, thousands of Ottowans take to the street to celebrate Mexico’s Dia de Los Muertos (Day of the Dead) in honour of those who have passed on.

The ByWard Market is the city’s annual host for Day Of The Dead In Ottawa. Immerse yourself in a Mexican Festival in Canada as the neighbourhood of ByWard Market comes together to honour the lives of the departed with food, drink, celebrations, festivals, and activities they took part in while they were alive. 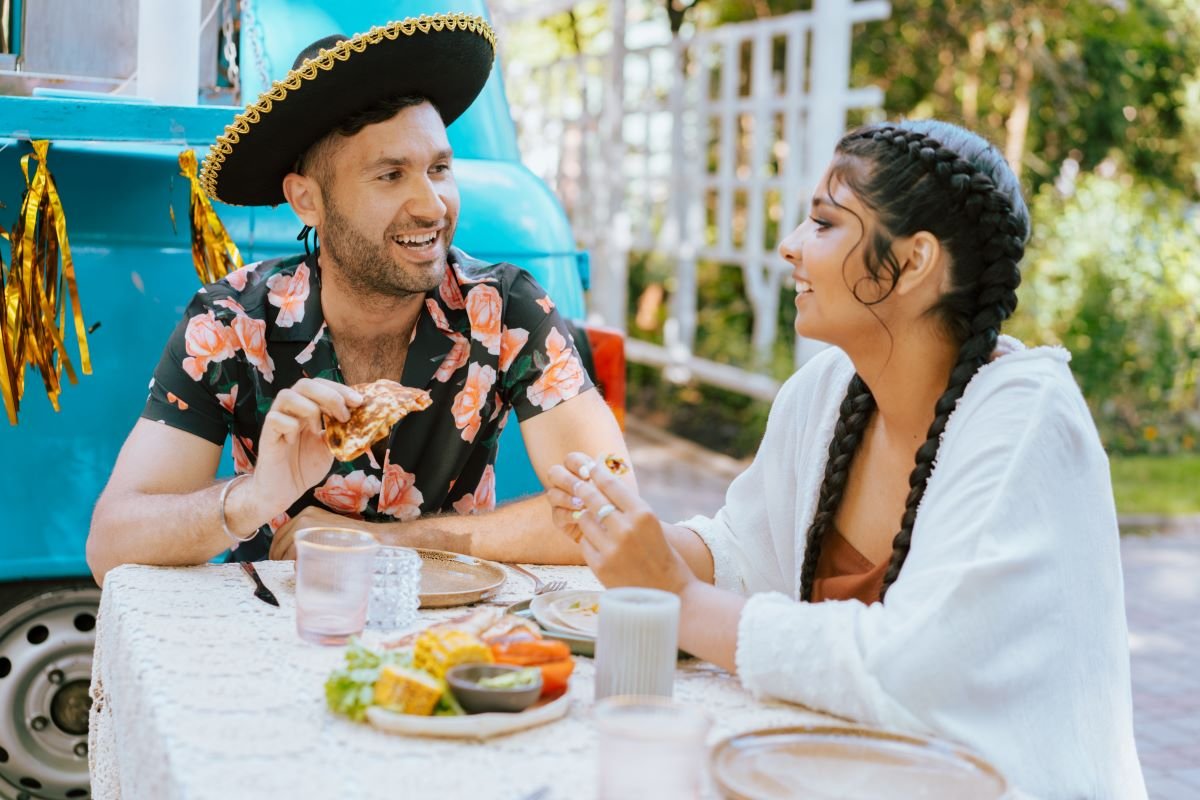 The Day of the Dead is a festival that is customarily observed on November 1 and 2. However, depending on the region, it may also be observed on October 31 or November 6. It is predominantly noticed in Mexico, where it originated from, although it is also observed internationally, notably among persons of Mexican ancestry. Family and friends assemble over a few days to pay their respects and commemorate deceased friends and family members. These occasions might be lighthearted as people recall amusing incidents and stories about the deceased.

In contrast to modern Halloween, the main focus of Dia de Muertos is honouring ancestors and bringing the honoured dead to the celebration. The ceremonies of the Mexican people, who ruled the Aztec Empire, served as the foundation for the traditions. Rituals honouring the ancestors have been performed all throughout the month of August before colonization. Although Americans tend to think of Dia de Muertos as a festival with origins that date back at least 3000 years, the day itself wasn't observed in all of Mexico until the 1960s, when it was declared a national holiday.

The ceremonies and festivities were connected with the Catholic holidays of All Hallows Eve on October 31, All Saints' Day on November 1, and All Souls' Day on November 2 after the colonization of the Americas, when the church forbade numerous native customs. On these days, family visit cemeteries to adorn the graves of their departed loved ones with marigolds, candles, and colourful sand, as well as food and drink offerings. They bring lawn chairs, drink beer, and enjoy the mariachi band playing nearby.

The 2022 event will take place at the end of October, between the 28th and 30th of the month. As usual, expect traditional Mexican food, an artisan market, folklore dancers, and much more at this Mexican Festival In Canada

There are many more festivals in Canada to celebrate. Canada is recognized for its fascinating and varied culture, which is evident in its numerous and well-known festivals across the world. Canadian festivals have drawn international tourists from all over the world for anything, from rock music festivals to refined cultural gatherings. 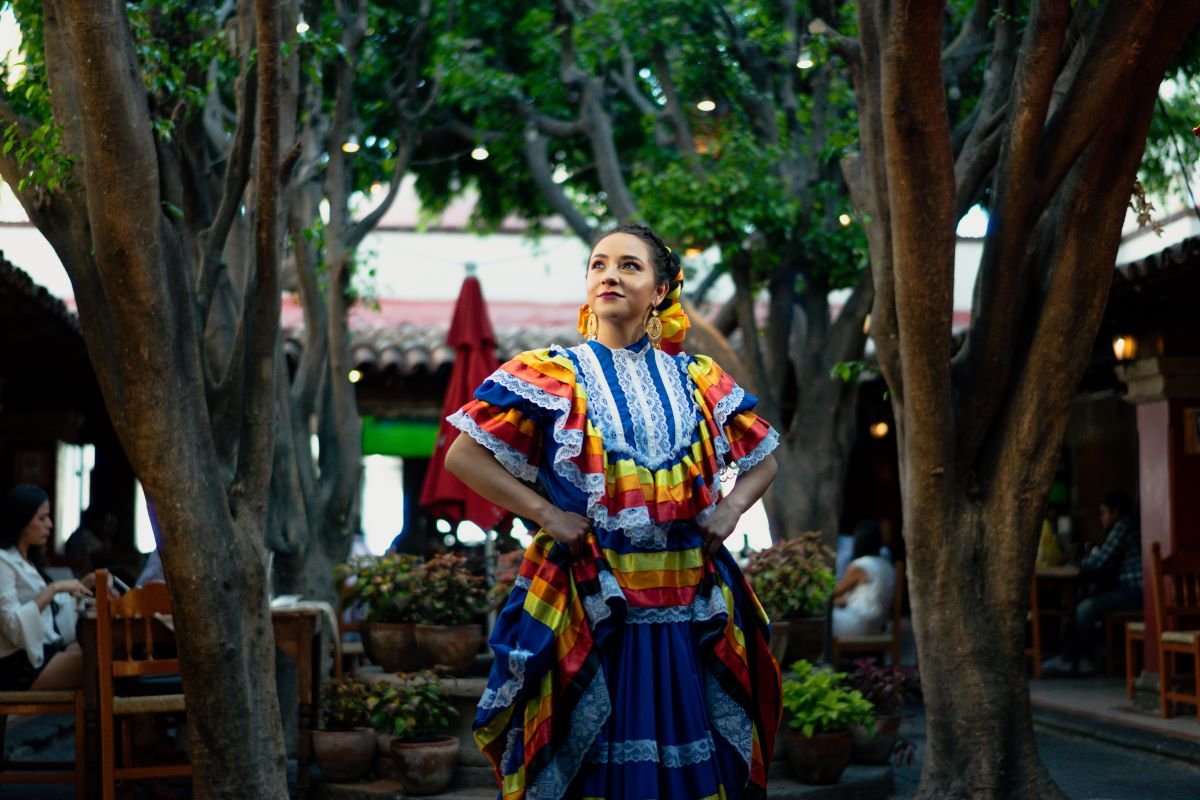 Canadians love the snow and enjoy it the most during the first three weeks in February in Ottawa, where the nearly 40-year-old Winterlude celebration is held. Although there is live music and entertainment at both inside and outdoor locations, the Rideau Canal Skateway is unquestionably the centrepiece. With a length of just under five miles,

Ottawa's frozen Rideau Canal transforms into the biggest skating rink in the world each winter. The American Express Snowball is an outdoor performance venue offering live music and other entertainment in addition to skating on the frozen pavement, which is utilized for both transportation and enjoyment.

The 5th Ottawa Korean Film Festival (OKFF) is presented by the Korean Cultural Centre (KCC) from Thursday, September 27, to Monday, October 10. This year's hybrid version of the OKFF comprises 11 outstanding Korean movies and shorts with the unifying topic of Music and Dance.

During this lovely change of season, everyone is welcome to bond with the land and learn about Indigenous customs. The rare Ojibwe Spirit Ponies will be available to meet during the second annual Tagwàgi (Autumn) Festival, which also features authentic indigenous programming, indigenous makers and farmer's market - this engages creative workshops, delectable food, and gourmet pleasures.

Ready to join the party? Find out if you are eligible to live and work in Canada.

The Great India Celebration puts on a magnificent festival that gives guests and locals a first-rate opportunity to discover and have a firsthand understanding of the customs, culture, and legacy of India. They are holding activities all through 2022 to improve intercultural connectedness in Canada and to advance multi-cultural understanding, appreciation, harmony, and peace.

No matter where you are from in the world, Canada welcomes your culture and encourages you to celebrate important days with thousands of others who moved to the Great White North in search of a better life. Are you ready to join them?

Contact us today and we’ll help you get in contact with a Registered Canadian Immigration Consultant (RCIC), who will assist you in planning your move to Canada. 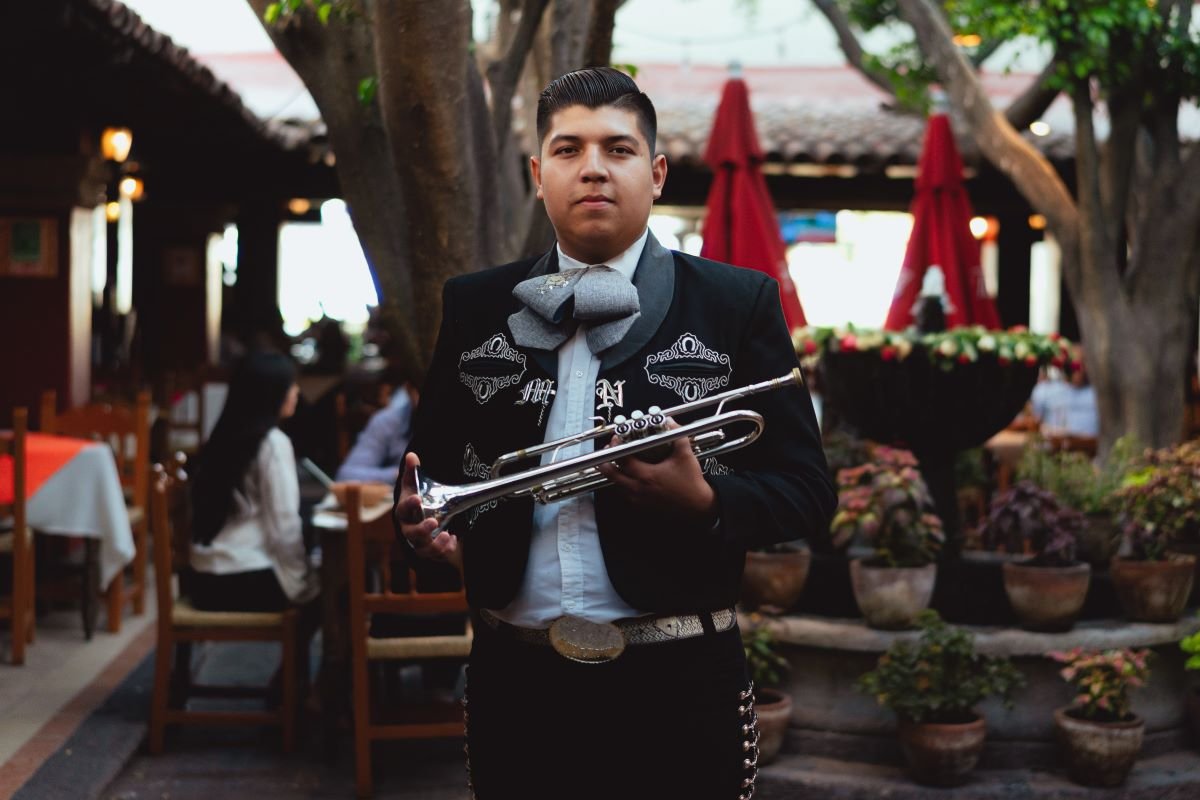 Should I Move to Ottawa?

Ottawa is a great option for anyone wishing to move to Canada. The capital of Canada and the fourth-largest metropolitan area in Canada is Ottawa. It has about 1.4 million residents, 66% of whom reside in Ottawa and the remaining residents in nearby communities, such as Gatineau (located across the Ottawa River in Quebec). The fact that English and French are both extensively spoken and are reflected in the culture and business of the City, is a unique aspect of the area. With a sizable and expanding immigrant community that enhances the city, Ottawa is also a multicultural city.

Ottawa is a significant economic engine, providing employment and opportunity in high-tech businesses, the government, and vital fields like health and education. The City is home to top-tier academic institutions, world-class research facilities, and activities by significant worldwide corporations.

Interested to know whether you are eligible to move to Canada? Find out, today

What are the Costs of Living in Ottawa?

Ottawa has a wide range of housing costs and alternatives. The cost of housing varies, based on whether you are purchasing or renting, how big your property is, where it is, and other relevant considerations. You will also be responsible for paying property taxes, utilities (such as heat, electricity, and water), and insurance.