Canada Announces its Goal to Welcome Over 500,000 Newcomers in 2025 as Part of its New Immigration Targets 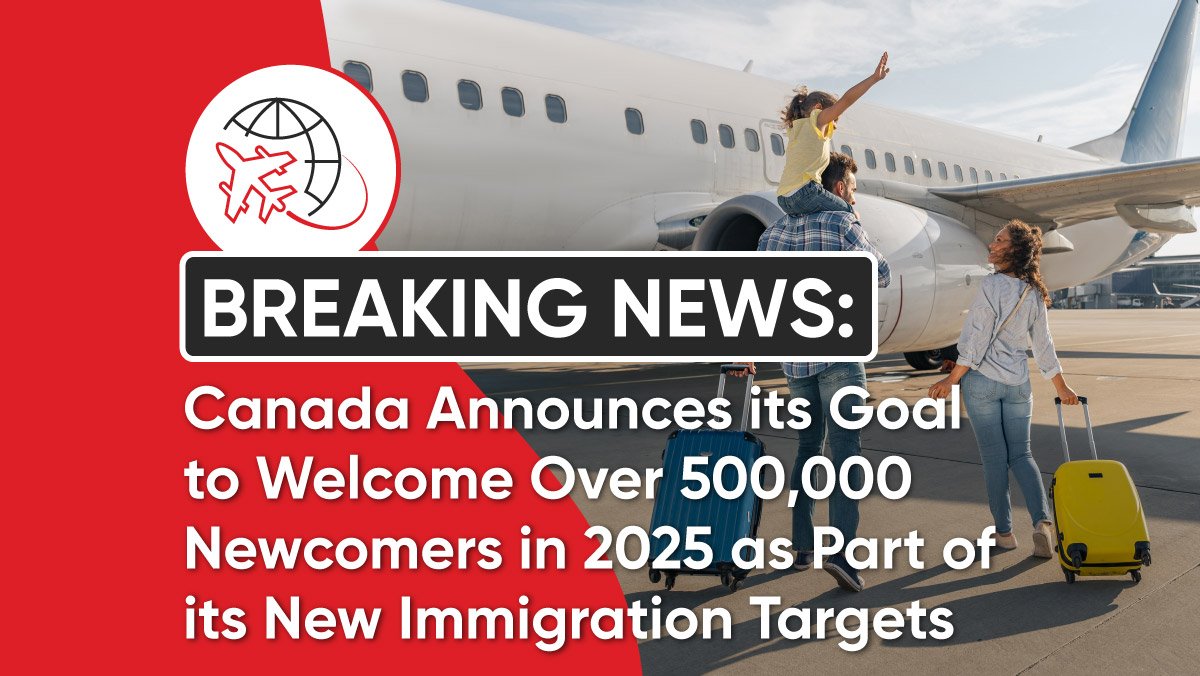 In an effort to alleviate a severe labour shortage across the nation, the federal liberal government has outlined plans for a dramatic increase in immigrants entering Canada, with a target of seeing 500,000 people arrive a year by 2025.

The official release details Canada’s Immigration Levels Plan for the next three years from 2023-2024, announced 2023’s target at 465,000 and 2024 calls for a whopping 485,000 newcomers. The recently announced half-a-million target brings new hopes and expectations to immigrants and Canadian employers alike.

While industry organizations and others generally supported the concept, there are concerns about how far it will go and if it would even be possible given the backlog of applications at Immigration, Refugees and Citizenship Canada (IRCC). These have, however, been addressed by the government recently.

In 2020, it was challenging for the IRCC to process applications due to border closures and other travel restrictions. Nevertheless, Canada exceeded its goal for immigration in 2021 and admitted 405,000 more permanent residents than ever before.

The amount of immigrants that Canada hopes to accept each year is determined by the Immigration Levels Plan. Growing the economy, reuniting families, and providing sanctuary to refugees escaping persecution overseas, are among Canada's immigration objectives.

On Tuesday, the new strategy was unveiled by Immigration Minister Sean Fraser. Along with more moderate goals for family members and refugees, it places a strong focus on admitting more permanent residents with the necessary employment skills and experience.

“Make no mistake. This is a massive increase in economic immigration to Canada,” Fraser told The Canadian Press. “We have not seen such a focus on economic migration as we've seen in this immigration levels plan.”

The majority of newcomers will be classified as "economic immigrants," who are anticipated to fill approximately one million vacant positions, which has now spread across various economic sectors. The 2025 target puts the Federal High Skilled category goal at 114,000, and the Provincial Nomination target at 117,000, showing policy-makers’ commitment to fill the 1 million jobs in Canada, which is currently available.

“There were a million jobs available in the Canadian economy at a time when immigration already accounts for nearly all of our labor force growth,” Fraser said. “We cannot maximize our economic potential if we don't embrace immigration.”

The minister also emphasized the risks over the long term as Canada's labour population continues to age, leaving fewer people to support, not only the elderly, but also important public services like hospitals and schools.

Fraser noted that the additional employees would actually facilitate the construction of more homes by solving a shortage of tradespeople. According to Fraser, by settling immigrants to neighbourhoods that already have space for newcomers, and by expanding government assistance and settlement services, the new strategy will also work to guarantee that immigrants can integrate into local communities with ease. Economic immigration, therefore, not only affects jobs in Canada, but also affects housing, and quality of life.

The revised plan also calls for a minor increase in the number of family members who will be admitted into Canada, even though the majority of the expected expansion in immigration over the next three years will be focused on boosting the economy.

What it Means for Newcomers

New immigration strategies and goals not only creates a welcoming environment for immigrants from across the world, but reassures Canadian employers that jobs in Canada will assuredly be filled.