Study in Canada with award winning universities and world class facilities. Learn how Canada wants international students to stay after their graduation. Find out how to apply for your Canadian Study Visa and more 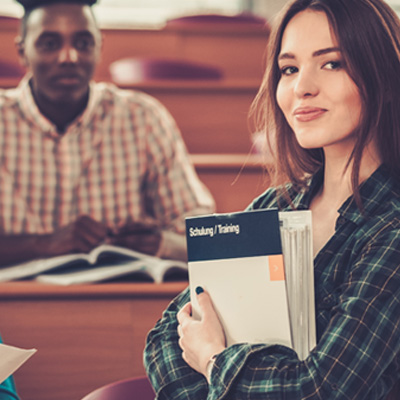 Canada has a policy of encouraging multicultural diversity, and this has resulted in an environment where nearly all the world’s ethnic groups are represented. It is a country where people’s customs and traditions are preserved and the values and dignity of all people are respected.

With award winning universities, world class facilities and a multicultural population, Canada has become the natural destination for thousands of international students. International students are choosing to study in Canada because the fees are very affordable, the degrees and diplomas attained from Canadian universities are recognised around the world and are equivalent to those obtained from the US and other Commonwealth countries. In relation to other countries, the medical health care in Canada is inexpensive yet the services that Canadian hospitals provide are some of the most advanced and easily accessible in the world.

The results of the US presidential elections earlier this month have also caused international students to think of alternative options for high education and Canada has emerged as the best possible destination. Donald Trump, the president-elect of the US has caused great concern among the international community after the offensive comments he made about foreign nationals and Muslims in particular, hence the reason why many international students are now considering Canada as a study destination.

A survey that was conducted by the National Association for College Admission Counselling (NACAC), has discovered that Kuwait and Saudi Arabia have withdrawn some of their students from study programs in the US because of discrimination and general lack of acceptance. Over 80 percent of the withdrawn students have chosen Canada as their alternative country of study. The survey went further to reveal that many international students are concerned about the political environment, racial tensions, guns, safety, and security in the US and other countries as compared to Canada.

The Immigration, Refugees and Citizenship Canada (IRCC) have also taken the initiative in making sure that international students are well looked after and have all the possibilities to succeed in life. The IRCC will implement changes to the Express Entry Immigration system on November 19 that will enhance the process of granting permanent residency to highly skilled immigrants and students who have graduated from a Canadian institution. It goes a long way to show that the opportunities available to international students in Canada are limitless and the country is happy to receive a lot more students in the New Year and years after that.

Apply for your Student visa

Canada is the only country in the developed world that spends more on education and welcomes more than 100,000 foreign students every year. Studying in Canada means having an internationally recognised qualification attained in world class facilities. As a foreign national, if you intend to study in Canada, you must apply for a study visa, as it allows you to study in Canada at an approved institution for the duration of the course or program.

It is possible to work in Canada while you study under the Citizenship Immigration Canada’s (CIC) work programs for students.

In addition to this, spouses or common-law partners of foreign students are eligible for a work permit for the duration of the permit.

Upon graduation, a foreign student is eligible to apply for a work permit under the Post-Graduation Work Permit Program. Under this program, the work permit may be issued for up to three years.

In Canada, each 12-month academic year begins in September and is composed of three semesters, so now is a good time to start applying for those student visas and study work permits. If you haven’t applied yet we have some great news for you, at CanadianVisa.org our registered immigration consultants will help through all the application processes, from helping you choose the best institution to suit your needs to the writing of your university application letter, and subsequent visa application process. Find out more here.

One thing is for sure, your time in Canada will be something that you will never forget, nor will you ever regret! What are you waiting for?