Want to migrate to Canada? With its accepting society, political stability and many job opportunities available to all in Canada. Discover 4 reasons why people choose to live in Canada.

Trumped? Why Canada is the Best Option for You 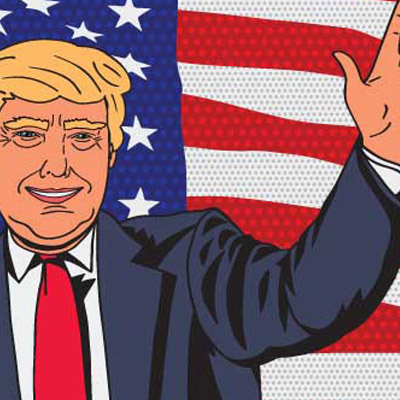 Thinking it may be time to make the move to Canada? With a tolerant and accepting society, political stability and many job opportunities available to all, Canada is just a quick visa application away from being your new home. Canada is more tolerant, offers acceptance for all minorities, does not discriminate against women and is one of the few countries actively receiving refugees from all over the world.

Now is the time to pack your bags for Canada. With newly appointed Donald Trump taking his seat in the Oval office, there are many policy changes around the corner that will affect you and your family in the U.S. As a newly elected president who is openly anti-gay and has on many occasions gone on record against Islam and immigration to the country, Mr. Trump, soon to be officially president Trump, was quoted as saying “I will build a great, great wall over the southern border, and I will make the Mexicans pay for that wall, mark my words”.

If the U.S was an attractive destination for immigrants before, that’s changed now. Canada is ahead of the pack with Canadian Prime Minister, Justin Trudeau stating, “Immigration and diversity is the engine of invention. It generates creativity and enriches the world”. There’s never been a better time to migrate to Canada.

If you are still on the fence about immigrating to Canada from the U.S, here are five reasons why you should start fresh in beautiful Canada.

Canada is known for being one of the safest countries in the world. Coupled with the strong economy and stable political environment, this reputation has continued to soar. Canada provides opportunities and allows immigrant minorities to flourish in its highly multicultural society, where integration and settlement has never been easier. Canada offers a sense of equality between different races, religions and cultural backgrounds, becoming one of the first countries to legalise same-sex marriage. This makes the social structure of Canadian communities one of the most tolerant and diverse you will come across around the world with thousands of immigrants choosing to make the move to Canada every year.

In the first quarter of 2016, government data shows that the number of student permits for students who want to attend schools in Canada rose to 42,737, representing an increase of 42 percent from the previous year. The increase in the second quarter is even more astonishing, with study permit applications jumping to 63 percent.

A lot of these study permits are believed to be from the U.S, with students attracted by the idea of studying at many of Canada’s world renowned Universities and colleges. 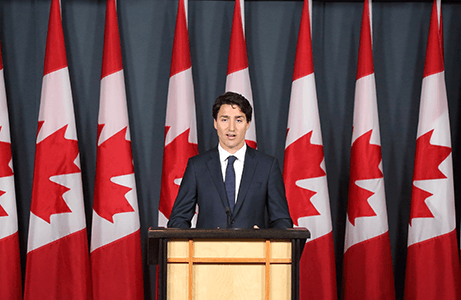 In 1994, the North American Free Trade Agreement (NAFTA) came into effect and changed the landscape of international trade in North America. Comprising of three North American countries of Canada, U.S.A and, Mexico, NAFTA has gone on to create one of the world’s largest free trade zones, laid strong economic foundations and has contributed immensely to the growth and prosperity of the three countries.

Over the years, NAFTA has proved how free trade increases wealth, competition, and above all the delivery of real benefits to families, farmers, workers, manufacturers and consumers alike. Furthermore, NAFTA has provided its member countries with better access to materials, technologies, investment capital and more importantly access to the best talent across the region.

NAFTA has given the platform for easier immigration between the three countries which has had a direct positive impact on the quality of life, especially in Canada who’s stable, strong economy, and multiculturalism, and acceptance of the different minorities. More and more U.S citizens have benefited from this trade agreement and have found it easier to migrate to Canada for education, business investments, and the vast employment opportunities available. Canada’s economy grew an incredible 5% in 2015 and helped create an array of job opportunities. NAFTA enables the entry of Americans who wish to come to Canada to work or to establish business ventures in the country to enter without a LMIA (Labour Market Impact Assessment).

“Believe it or not, but many U.S based workers could start work here in Canada by next week if they put their mind to it. There are so many options such as NAFTA offering immigration opportunities” says Attorney David Cohen.

Canada, the second-largest country in the world has for years opened its arms to welcoming citizens of the world to the wonderful country and will continue to do so. Canada has one of the world’s best health care services and creates a platform and environment for the involvement of minorities. Canada is receiving some of the highest numbers of refugees from Syria and other affected countries from the rest of the world. Put simply, Canada is the new land of opportunity and takes great pride in receiving people from different and diverse cultural backgrounds.

It’s that simple. Get those passports ready - Canada awaits.