Great news for those wanting to migrate to Canada! 11 communities have been selected to form part of the new Rural and Northern Immigration Pilot. 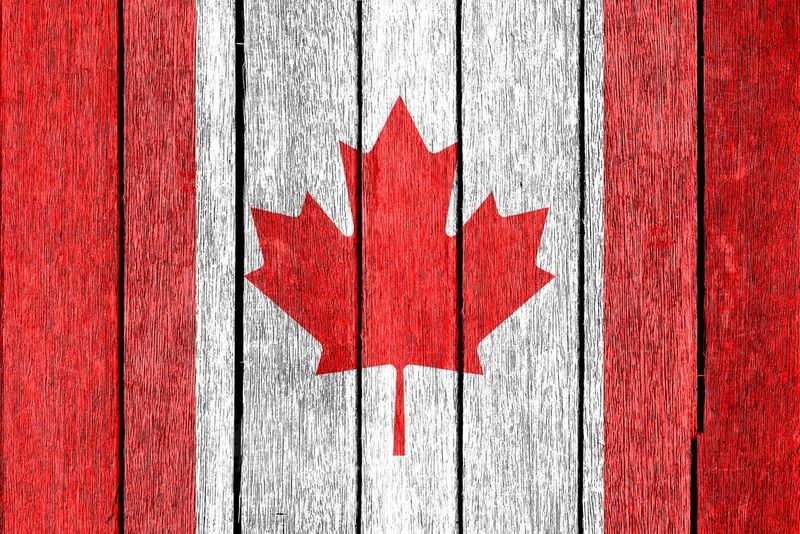 Great news for those wanting to migrate to Canada. With the declining birth rate and ageing population leaving gaps in the Canadian labour market, the Government has offered residence in a number of immigration projects. 11 communities have recently been selected to form part of the new Rural and Northern Immigration Pilot, which is aimed at recruiting foreign skilled workers to move to Canada by offering permanent residence, in order to help further develop smaller communities in these outlying regions. These communities were chosen as representatives based on the economic and skills needs of their respective regions. The selected areas are based primarily in Ontario, Manitoba, Saskatchewan, Alberta and British Columbia and include the following towns and cities.

So Why Migrate To These Regions in Canada?

With 78 percent of Canada’s youth and most new arrivals opting to migrate to urban cities such as Montreal, Toronto and Vancouver, the idea of living in a smaller city, like Thunder Bay or West Kootenay may seem less appealing. But this is simply not the case. Canada not only has a strong economy but a large job market with salary expectations ranging anywhere from $22 per hour as a truck driver to $64 as an IT Specialist. It has a relatively low crime rate and is ranked 8th on the safest and most dangerous countries ranking. Although certain areas in the North are subject to harsh winters and dry summers, it is a small price to pay to live in the midst of unparalleled natural beauty. Newcomers are also integrated into the community through settlement services, including accommodation, healthcare, public transportation and educational services. Not sold yet? Let's have a look at what some of these regions have to offer. 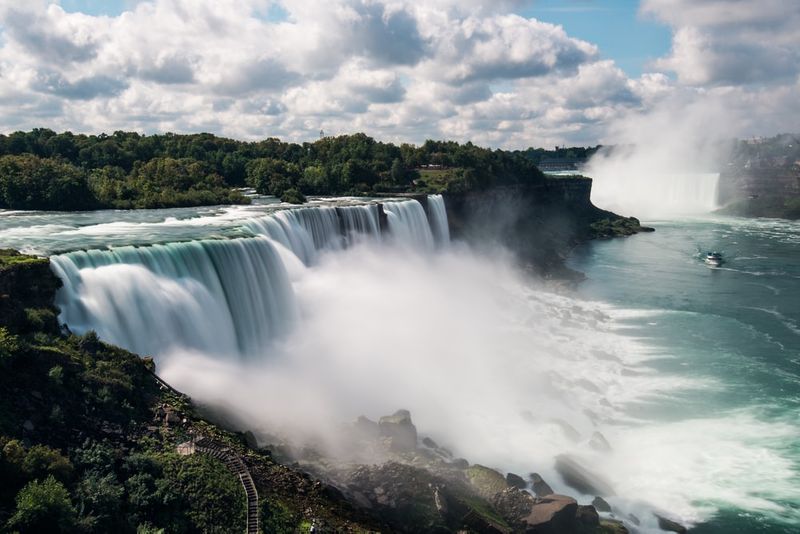 Ontario is Canada’s fourth-largest province and is home to some of the world’s most exquisite beaches, mountains and waterfalls, the most renowned being Niagara Falls. For hiking enthusiasts, Sault Ste. Marie has amazing hiking trails, such as Agawa Pictographs in Lake Superior Provincial Park. Agate Island Beach, located near Thunder Bay, was previously named as one of the top seven natural wonder beaches in the world. It is culturally diverse, with over half of the population originating from other countries. Ontario has a diverse thriving job market and offers an excellent opportunity to earn a good wage with the average minimum hourly wage starting at around $14. 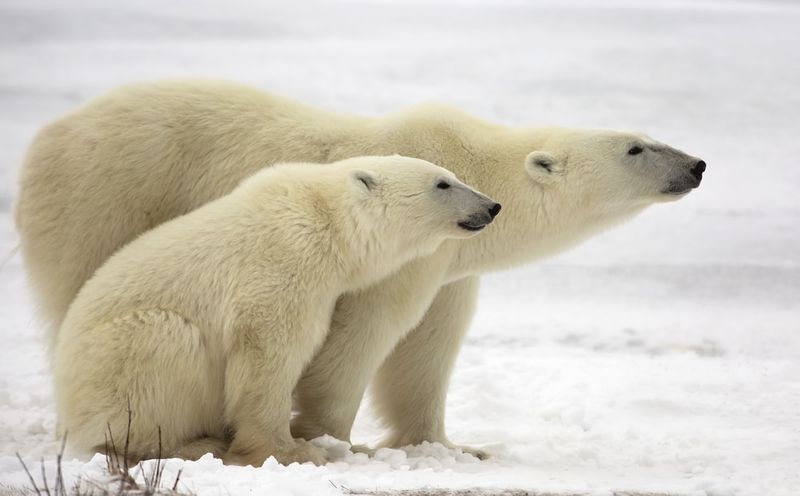 Manitoba is known for its rolling canola fields, the Riding Mountain National Park, historic sites such as Fort Garry National Historic Park, festivals like Festival Voyageur and the Islandic Festival known as Islendingadagurinn, and of course the polar bears of Churchill. Brandon, the second-largest city in Manitoba, is a diverse farming community with a charming downtown area brimming with historical buildings, vintage shops and cafes offering a multitude of international culinary delights. Gretna-Rhineland-Altona-Plum Coulee is a comfortable mix between a rural and urban community: it has the solace of small-town living as well as all the necessities of big city life. In Manitoba, you can expect to earn anything from $11.15 per hour and upwards. 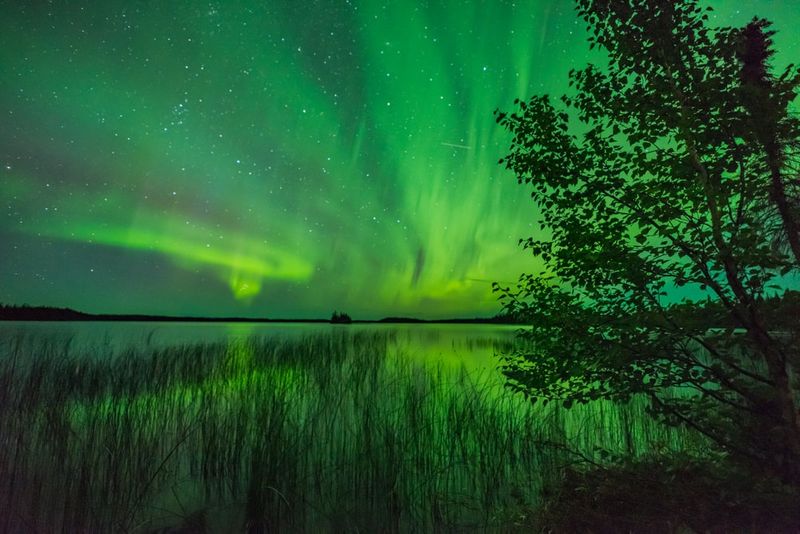 Those who appreciate the tranquillity of rolling hills will love Saskatchewan. Moose Jaw, also known as “Little Chicago”, is a charming island located in a prairie sea. It was once a hideout for Al Capone during the US Prohibition era and he was believed to have masterminded his operation in the Moose Jaw tunnels during the 1920s. Today, the town is known for its art-deco buildings and colourful murals and if you’re lucky, you might just catch a glimpse of the Northern Lights over Moose Jaw River. Although Saskatchewan has the lowest hourly wage of the Canadian provinces, averaging around a minimum of $10.96 per hour, the job opportunities for skilled workers are bountiful.

One of the most beautiful sights in Alberta has to be “Spirit Island”, better known as Manitoulin Island, which is the largest freshwater island in the world. Another fantastic natural sight to behold is Drumheller in Red Deer Valley, which is known as a paleontologist hub due to its abundance of dinosaur fossils. Claresholm is a vibrant scenic community located midway between Calgary and Lethbridge with a wealth of World War II history, as well as plenty of parks and lakes for the outdoor enthusiast. In Alberta, you can easily earn an average minimum wage of $13.60 or more. 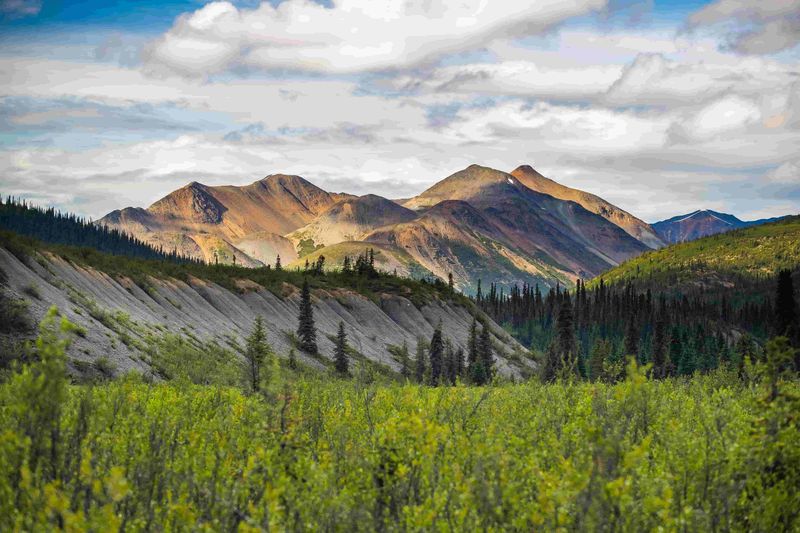 British Columbia is known for its tremendous snow-covered mountains, awe-inspiring waterfalls and crystal clear lakes. Whistler ski resort is probably one of the most well known attractions of British Columbia, situated at the foot of the Whistler and Blackcomb Mountains. Without a doubt, Nahanni National Park Reserve cannot be missed when relocating to British Columbia or Alberta. Situated in the southwestern Northwest Territory of Canada, this 30, 000 square kilometer park is a UNESCO World Heritage site and is home to the breath-taking South Nahanni River which flows through the Mackenzie Mountains. Kootenay is a diverse, multicultural community which embraces a slow paced lifestyle. Kootenay National Park adjoins with Banff National Park and Yoho National Park, which is equally spectacular including Lake O’Hara, Emerald Lake and Takakkaw Falls, which is one of the highest waterfalls in Northern America. Salt Spring Island, known for its laid-back Bohemian lifestyle, boasts local farm stalls and cafes as well as an array of walking trails and camping facilities. You will also have a chance to discover the elaborate totem poles and argillite carvings of Queen Charlotte Island (Haida Gwaii). For those craving big city life, Vancouver is merely a short flight or ferry ride away. Vernon is a small community, known for its long summers and mild winter climate and is conveniently located near the U.S. border as well as Vancouver. It is a commercial hub with a fantastic quality of life: essentially a mix between urban and resort living.

British Columbia also has a diversified job market, with opportunities in the forestry, mining, construction and tourism industries. You could be earning an attractive minimum hourly wage of $12.65 and more when you choose to migrate to Canada.

What’s the next step?

The immigration process can be quite daunting, often overwhelming, but you don’t have to do it alone. With 3 of our knowledgeable Regulated Canadian Immigration Consultants (RCICs) waiting to help you in making the best possible choice for your individual needs, migrating to Canada will be a breeze. Simply complete this contact form and take the first step towards embarking on an exciting new venture.