A lot has changed in Canada over the past 12 months, but more importantly, certain things have stayed the same. Here’s why it’s still a good idea to move to Canada in 2021 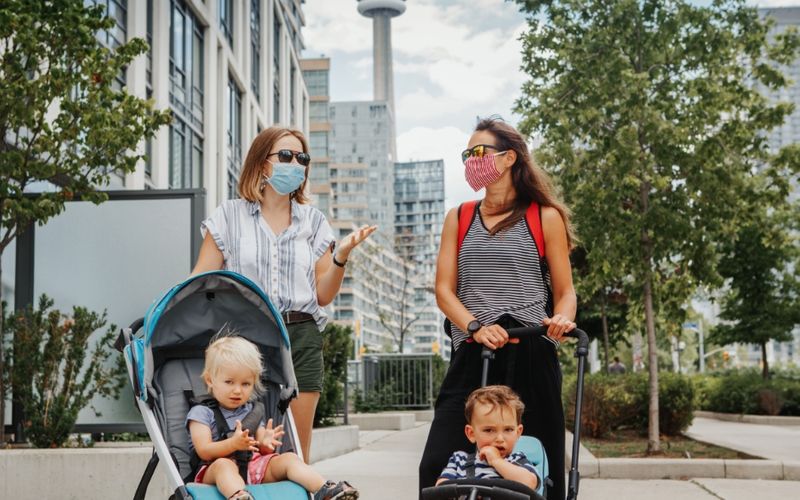 It’s really not that hard to get excited about starting a new life in the Great White North. The food is great, the people are even better and the quality of life is second to none. Depending on your occupation, there may be a few factors to consider regarding recertification. However, there is no reason why you won’t be back on your career track, earning a great income and enjoying a markedly better lifestyle in no time. If your question is, is it still a good idea to move to Canada in 2021? The answer is a resounding yes, and here are nine reasons why.

Why You Should Immigrate to Canada in 2021 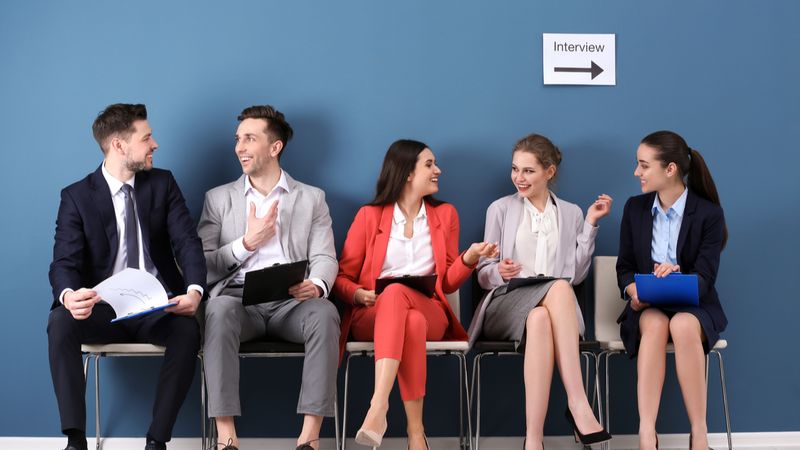 1. The Canadian Economy is Recovering, Fast

After the tumultuous year that was 2020, a lot of countries took big hits. As we know though, all that matters is how quickly you can get back up again. The summer months have been good for small businesses and consumer spending. No doubt the coming winter months will slow the progress down, but experts believe it will not come to a halt. The biggest improvement comes in the decrease in unemployment. The national unemployment rate in March 2021 is at 8.2%, down from 9.1% in February, and the high of 13.5% during the worst of last year’s lockdown. Jobs in Canada are being created rapidly again and the in-demand jobs remain an excellent way to find your space in the country with ease.

2. Canada is a Big Country

That may actually be the understatement of the century. Canada is the second largest country in the world, with a population of only 37.5 million people. To put that into perspective, the state of California in the USA has a population of 39.5 million people, and could fit into Canada 24 times. Now, the lifestyle in Canada and California may be a little different. You’ll actually be able to afford to live in Canada, significantly more comfortably.

While the majority of the population are of English, Irish, Scottish and French descent, the current progressive immigration policies are making Canada what America was in the first half of the last century, a beacon of hope for a better future. Populations of Chinese, Indian, Filipinos and many other ethnicities from all over the world are increasing every year. At present, over 20% of our population was born in another country, a figure that the Canadian government intends to push up to 50% by 2030. This years immigration target is a sign of that intention, as we intend to welcome over 400,000 new permanent residents to Canada.

You will read this on just about every article about moving to Canada. But it’s about more than just the fact that healthcare is free in Canada, it’s about the fact that it is accessible to all. We believe it’s a basic human right, and have the population to back it up. The tax funded medicare system paid for by the government and delivered by the private sector. If you ever get fed up of having to wait a day or two to see your doctor, you will always have private options.

One of the upsides of our low population density is a countryside that has been able to retain it’s natural beauty. 90% of the population lives within 160 kilometers of the American border (you’ll understand why in the next point). This leaves a lot of space to explore to the North, and if you’re brave enough, build a life. Cities like Yellowknife and Whitehorse, while small, have a charm unlike any other. You will find more than one town or small city wedged in the valley of a beautiful mountain range, where a picturesque lifestyle quite literally awaits. 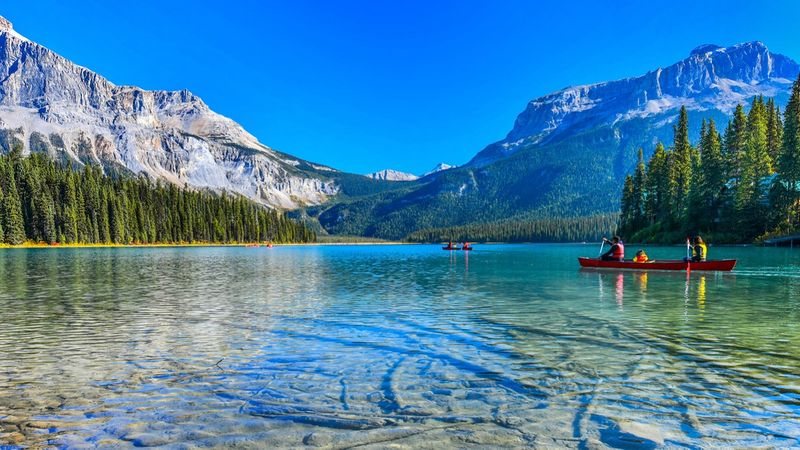 And don’t even get us started on the lakes. A staggering 20% of the world's freshwater lakes are right here in Canada. It is estimated that there are over two million lakes across the country, 563 of which are larger than 100 square kilometers in size. Then there is the state of our lakes; crystal clear waters that teem with fish, perfect for swimming, canoeing and other water sports in the summer, and in the winter get your ice-skates on and go for a spin on their frozen surfaces. This leads us to our next point.

No matter where you choose to settle, from Vancouver to Halifax, during the winter time the average temperature is below zero degrees celsius. That’s not to say you’ll be uncomfortable, everywhere, everything has central heating. From your home to your car to your place of work. Just make sure you are prepared well in advance with a thick coat, gloves and boots. We love a good set of long johns too.

We touched on this in point number three, and it’s true. The department of Immigration, Refugees and Citizenship Canada (IRCC) has set ambitious targets for the next three years.

Whether for you or your children, Canada’s education system is something you will want to be a part of. Primary and secondary education is free in Canada and consistently ranks amongst the top 10 best education systems in the world. University fees are paid for by the individual, unless you can secure a bursary. 56% of Canadians between the ages of 25 and 64 have some form of higher education post high school.

One thing to keep in mind is that certain professions require recertification to be able to practice in Canada. For example trades workers such as electricians and welders will need to register with the provincial body of the province or territory that they will be working in. Medical professionals like nurses and doctors will be required to undergo re-testing to ensure their skills and knowledge is up to the Canadian standards. It is important to plan for these minor obstacles when setting out your immigration road map.

The stereotype is true. Canadian are super friendly and overly courteous. The thing is, it’s cultural. You will soon learn that you are expected to say ‘sorry’ in certain situations, and that you’ll make a lot more friends than enemies by simply greeting your server, the cashier or the security guard with a smile. Canadians say sorry so much, a law had to be passed to prevent it from being taken as an admission of guilt!

While you can never make everyone happy, for the most part we are satisfied with how our government runs the country. Canadians were overwhelmingly happy with the government's handling of the covi-19 crisis. When it comes to the conservative versus liberal divide, we also feel that the government constantly is taking strides in the right direction, expanding the rights of marginalized peoples and minorities, while preserving the rights and freedoms of everyone else. Overall Canada is a progressive country, with no room for racism, bigotry or prejudice. People view each other as equals and no one person is better than another. 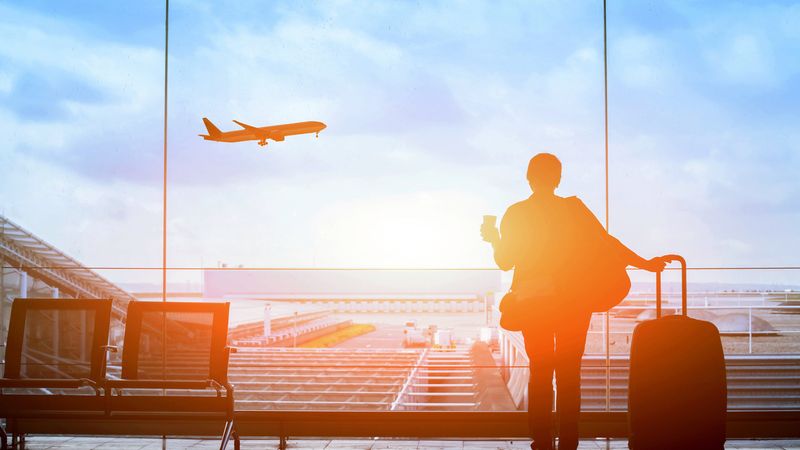 If you were intending on immigrating to Canada in the past, nothing should have changed. Other economies are struggling, ours is recovering. The pro-immigrant stance of the Canadian government paints a picture of a bright future for foreigners in Canada. If you are hard-working and intend to build a life for yourself where you can be safe, happy and content, it is most certainly still a good idea to move to Canada in 2021.

If you’re looking for finance and banking jobs in Canada, do some research to identify the best options.