Over 650, 000 people of Arabic ancestry calls Canada home. Whether you are moving from Dubai, Saudi Arabia, Qatar or Bahrain, you will find that Canada offers many opportunities. Canada is truly the land of the free.

Moving to Canada from the Middle East

Canada is a top destination for people from all over the world with over 650,000 people of Arabic ancestry calling it home. With wide-open spaces and safe affluent cities, the benefits of living in the Great White North are very clear. Canada is one of the safest, secure and happy nations on the planet, over half a million people of Arab descent live in Canada, settling primarily in Quebec and Ontario. Whether you are moving from Dubai, Saudi Arabia, Qatar or Bahrain, you will find that Canada offers many opportunities.

You will need to be able to speak English, French or both languages well in order to gain entry into Canada. Most Arab-Canadians can speak either of the languages which helps in finding a job and enrolling children in school.

Canada offers some of the best universities in the world including The University of Toronto and McGill University. These top-rated schools provide an opportunity to learn about new cultures while studying various degrees and courses. 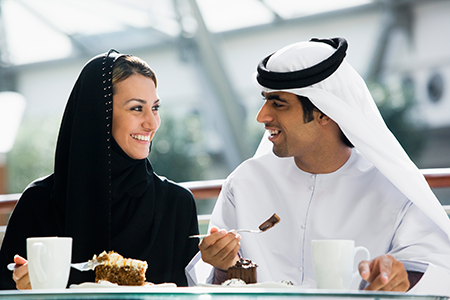 Canada's low crime rate ensures that life in the country is envied all around the world, particularly among its southern neighbors. Violent crime is extremely rare, and gun ownership is nearly four times lower than that in the U.S. This has greatly boosted Canada's global reputation and in 2014, the OECD Better Life Index awarded Canada with an impressive 9.7 out of 10 for safety and security. Gun ownership is lower because Canadians simply feel safe in their communities, and partly also because the process of obtaining a firearm and license is so lengthy and stringent, compared to other western countries.

Many areas in Canada can be very cold, dropping to freezing temperatures of -10 at times. Fortunately, summers are warmer, depending on which city that you choose to live in. Montréal, Ottawa, and Toronto are amongst the cities enjoying the warmest climates.

The cost of living in Canada is higher than most countries, however, immigrants from Dubai will find that they are paying less for rent, clothing and select food items. If you come from Saudi Arabia, you will find that clothing and entertainment will cost you less in Canada, however, food prices will likely be substantially more.

Immigrating to Canada has its benefits, including an unparalleled government, funded health care system and a lower crime rate, all adding to a great sense of security and safety.

Canada values education and has long ensured that all young citizens have access to the best schooling facilities regardless of their race, and ethnic background. The Canadian government spends more per capita on education than other countries in the world. As a result, Canadian children perform well across the board, and on, average, stay in education longer than other countries. This, in turn, has created a well informed, well-paid society that still offers great career opportunities for skilled immigrants.

In Canada multiculturalism was ingrained in the country's national fabric and identity since its inception. So, it is little surprise that today Canada is one of the most culturally diverse countries in the world, so much so that, 41 of Canada's 338 members of parliament were born outside the country.

Due to Canada’s famous multicultural environment, there is a place of worship for every belief system. Temples, Sikh, and Mosques are in all provinces and major towns and welcome any new members.

This cultural diversity ensures that tolerance and cultural acceptance are promoted and protected starting from the very heart of government.

For example, you cannot walk down a street in Toronto or Vancouver without hearing a foreign language being spoken or better yet catching the scent of some tempting international cuisine. For an Arabic immigrant, it is easy to settle into life in Canada as acceptance, respect, and tolerance is very much part and parcel of the Canadian national psyche. If you are willing to go out, meet new people and embrace your new surroundings, Canada is ever ready to embrace you.

Canada's liberal and relaxed reputation is well earned. Canada has long been a pioneer of civil rights and was the first country outside Europe to legalize same-sex marriage over a decade ago. Canada's multicultural diverse spirit is evident in both its forward-thinking immigration policies and its zero tolerance approach to hate crimes and racial abuse. The OECD has even named Canada the best country in the world for acceptance and tolerance of minorities.

Canada has long realized the benefits that skilled workers can bring to the country and, in particular, their economy. Their sensible and fair immigration policy gives anyone truly willing to make a successful life in Canada a good chance of achieving their goal. As a result, Canadians are able to travel the world relatively freely, safe in the knowledge that they will be welcomed wherever they go. 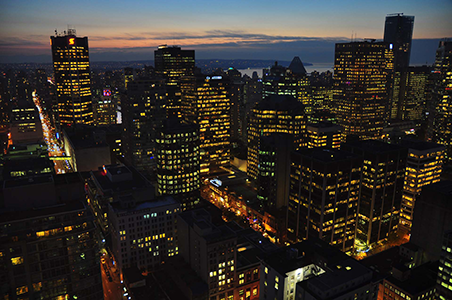 The postcard images of spectacular lakes and mountains are undoubtedly alluring, but anyone moving overseas must consider the practical and financial benefits of any possible destination. Luckily, Canada has one of the strongest economies in the world and has a huge variety of career options for any ambitious immigrant.

Canada's banking system is the bedrock of its strong and secure economy and has been voted the most stable on the planet for seven consecutive years by the World Economic Forum. This level of financial security allows Canada to offer a good quality life for the vast majority of residents and has the second highest standard of living of all the G20 nations.

Canada's universal healthcare system is one of the fairest and most accessible in the world. Medical treatment is mostly free at the point of use and is government funded across the board, meaning the medical care received throughout the country is the same regardless of wealth or social status.

Each province in Canada is given a health budget to administer locally and to issued health cards to all eligible residents allowing them to access health care. There can be cases of lengthy waiting times for some procedure, however, this is a small price to pay for access to some of the best medical staff, facilities, and treatment methods in the world. There is also the opportunity for residents to take out private insurance if need be.

There are large communities of Arab immigrants living in Quebec and Ontario where organizations that cater exclusively to providing support and assistance to newcomers are common. Quebec is a city that is geared up for immigrants with services that include access to housing, French-language training, support for families, employment assistance, job placement, and access to recreation activities.

Due to Canada’s famous multicultural environment, there is a place of worship for every belief system. Temples, Sikh, and Mosques are in all provinces and major towns and welcome any new members.

If you can speak English or French, you will have a greater opportunity to find the jobs for which you are qualified. Canada is looking for skilled and semi-skilled employees in each sector. If you move to Quebec, you will find a booming economy with one of the lowest unemployment rates in Canada. Job industries that have high demand are tourism, health, and nutrition, insurance, and finance with manufacturing and IT industries growing substantially.

Ontario is focused on the manufacturing sector including furniture, transportation equipment, and food products. Healthcare and education services are growing industries with many job opportunities available.

At CanadianVisa.org, our Regulated Canadian Immigration Consultants (RCIC) are members in good standing with the Immigration Consultants of Canada Regulatory Council (ICCRC). They have the experience and expertise to guide you through the Canadian visa application process, from the selection of the immigration category to preparing and filing your application, preparing you for an interview, and following up with the visa office. The fact that our offices are situated in Vancouver Canada means our clients' applications are evaluated and processed as per the latest updated rules and regulations from the Canadian government.