Farm jobs in Canada are bountiful, but which province is the best to work in?

One of Canada's leading industries is farming. This is due to the massive land, relatively small population, and large concentration of wealth Canada possesses. However, Canada's agricultural sector is desperate for more workers. Most Canadians have little to no interest in farm work, particularly the seasonal employment structure that many farms offer. Many farms are located in remote or rural areas, which Canadians tend to steer away from.

As a result, there are many farm jobs in Canada for foreign workers. According to the Canadian government, Canada's agricultural sector employed 61 735 temporary foreign workers. With every harvest season, the demand for farm workers in Canada skyrockets. However, knowing which is the best province to work in Canada can be difficult as 9 of Canada's provinces have massive farming and agricultural infrastructure. In truth, there is no one specific best province to work in Canada in agriculture. However, below is a breakdown of the farming data of these nine provinces to help you find the best province for farm jobs in Canada. 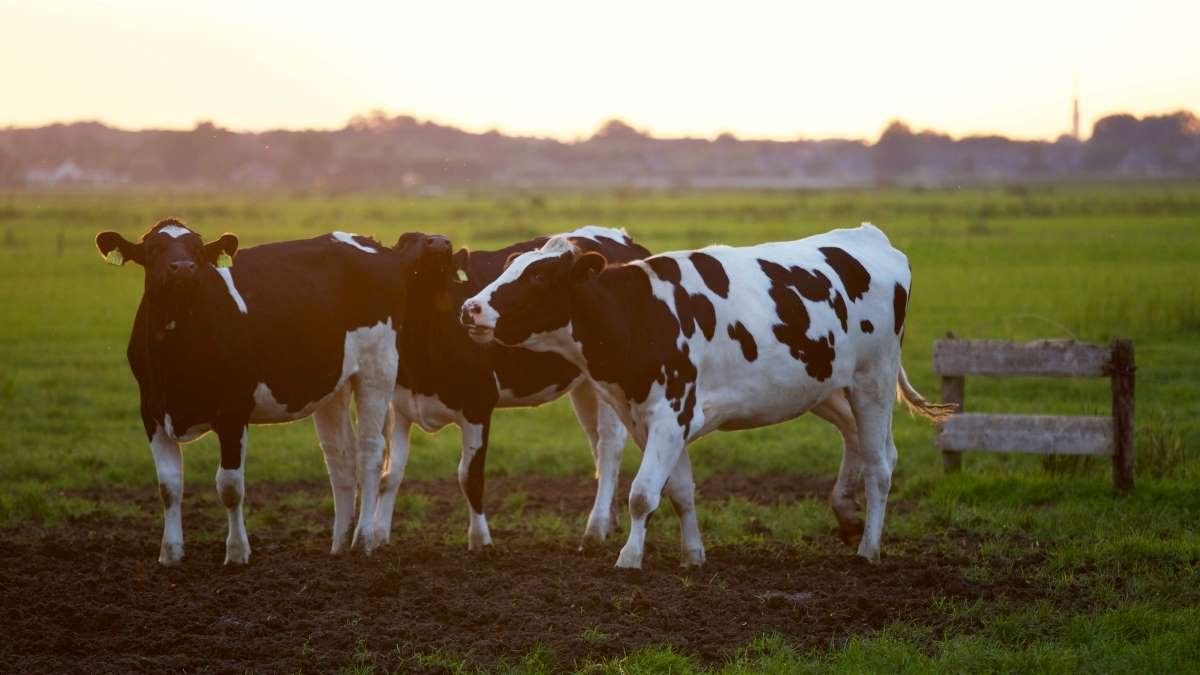 Alberta is widely recognized as one of Canada's premier farming provinces. This is because of the massive Cattle, canola and wheat farming sectors. Combined, these three sectors are worth around CA$10.2 billion in Alberta alone.

As a result, there is a constant abundance of jobs in Alberta. The largest amount of vacancies in Alberta's farming sector is primarily seasonal employment for beef or vegetable farm workers. However, there are also thousands of vacancies for full-time managerial positions like forepersons and technical services like equipment technicians and mechanics.

Farm workers in Alberta make between CA$15 and CA$20 per hour, and work weeks are generally set to 40 hours. However, hours extend during harvest season and employees are often required to take overtime.

Working in Alberta also presents the luxury of being near two of Canada's major cities, Calgary and Edmonton. 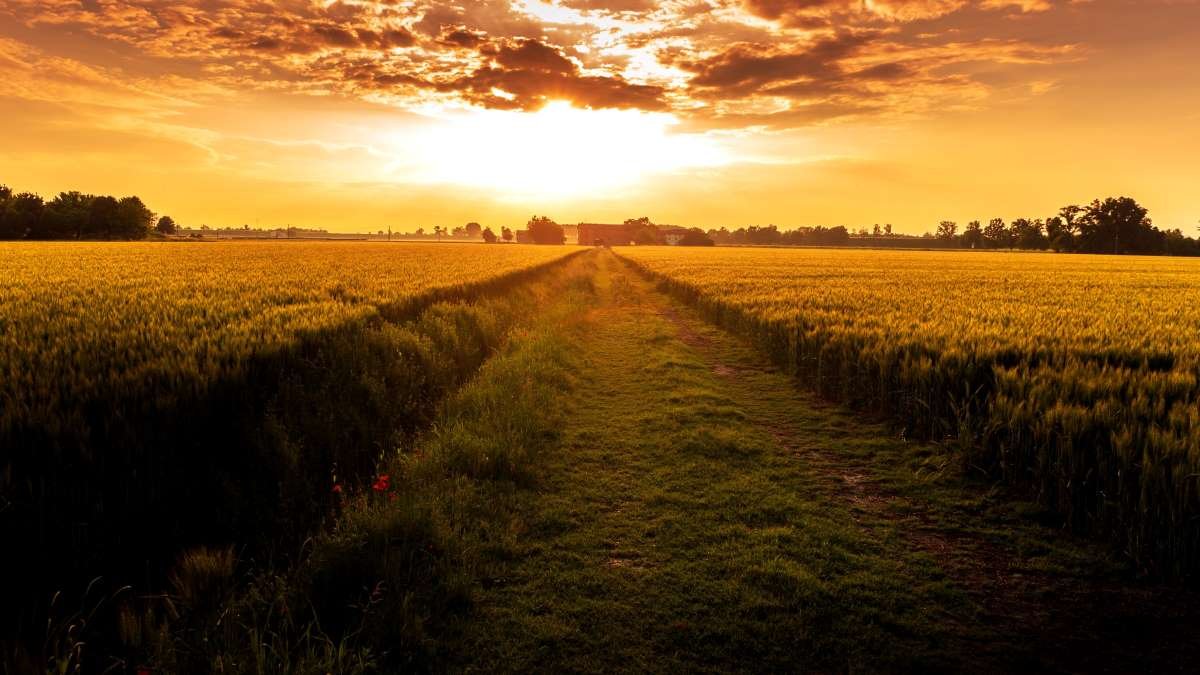 Saskatchewan farms are also the most technologically advanced in Canada, and there's a significant rise in female farm workers and operators in Saskatchewan. As a result, Saskatchewan is widely regarded as the best place to work in agriculture, with plenty of jobs for immigrants in Canada in labour, operating, and more specialized roles such as mechanics. 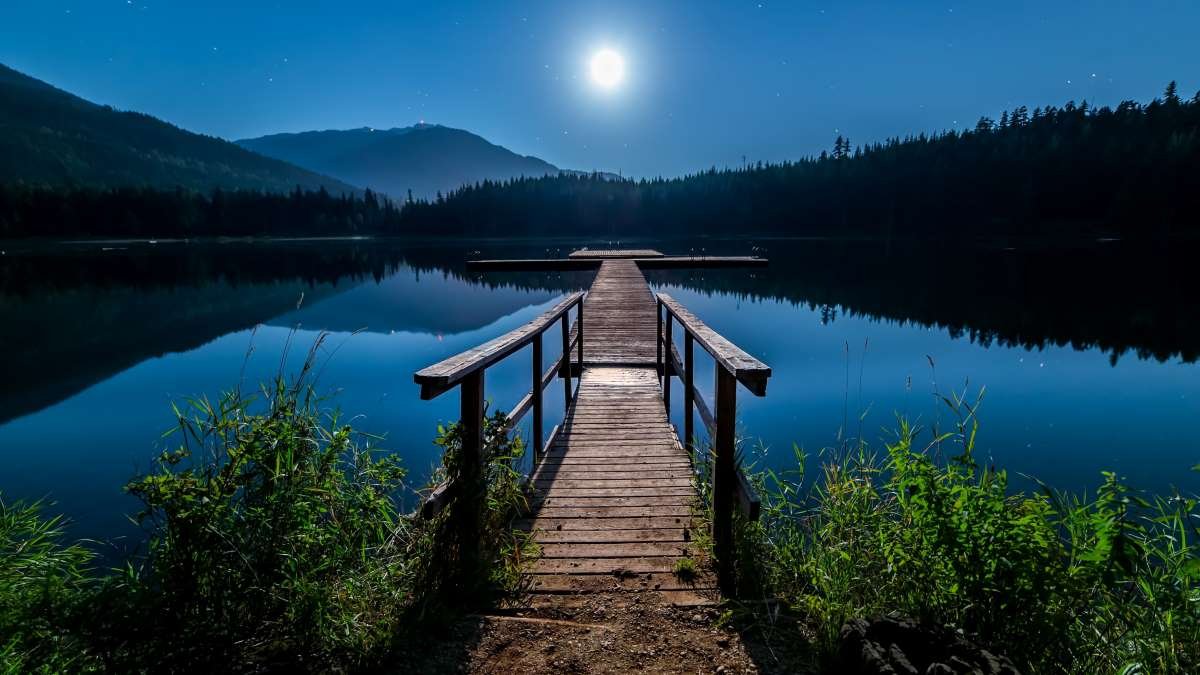 Suppose you're looking to work in a slightly smaller operation. In that case, British Columbia may be the best province to work in Canada. British Columbia's diverse terrain, high land value and dense population, make it perfect for smaller, more specialized farming operations.

As a result, British Columbia accounts for the majority of highbush blueberry and sweet cherry exports in Canada and is one of the leading provinces for vegetable farming.

Therefore, if you're looking for a more permanent role in Canadian agriculture, British Columbia is undoubtedly worth a look.

Manitoba is a massive powerhouse in Canada's agriculture industry, providing some major exports of Canada. In addition, with around 17.1 million acres of farmland, Manitoba can give plenty of jobs for immigrants in Canada.

Manitoba's farming industry is thriving. It has the second highest average farm revenue in Canada, meaning better facilities, higher pay, better equipment and a higher quality of life for farm workers. Manitoba is Canada's leading pig farming province, with more pigs per farm than any other province. Manitoba is also a national leader in many field crops, with over 90% of Canada's sunflower seed cropland.

Manitoba also utilizes more sustainable farming techniques like shelterbelts or windbreaks than many other Canadian provinces. On top of this, Manitoba's renewable energy production is higher than at the national level. As a result, Manitoba is a fantastic place to find the farm job you're looking for, with outstanding benefits and many opportunities to grow and expand your farming expertise. 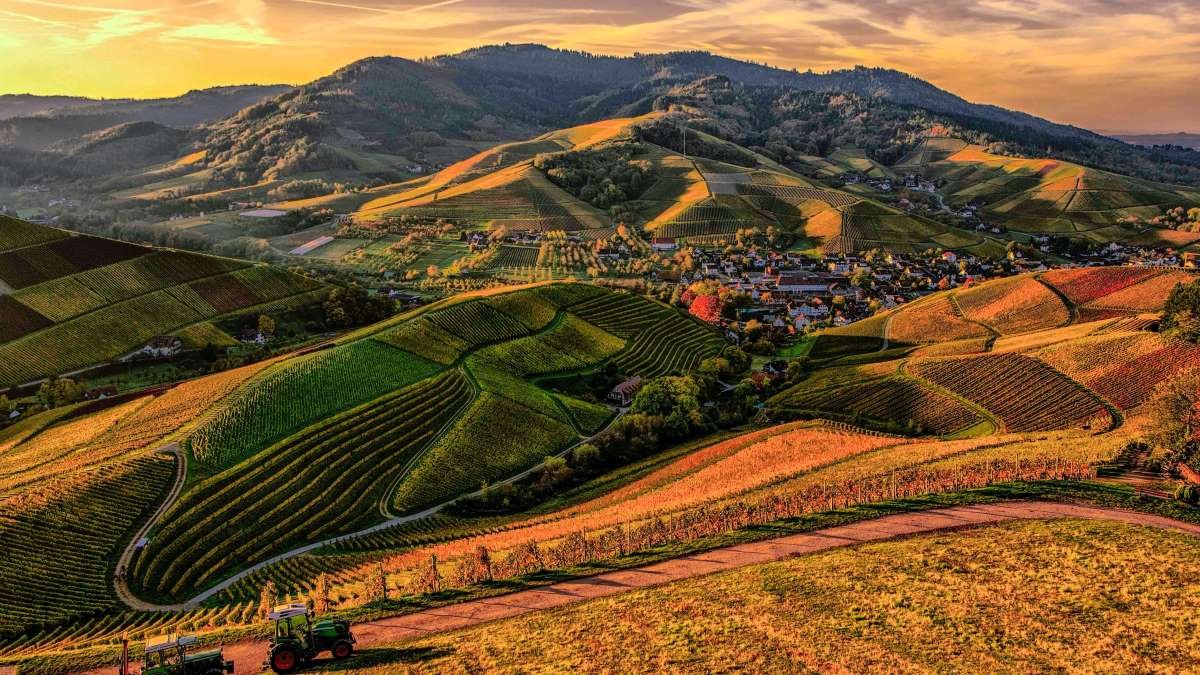 Because Ontario is the economic center of Canada, it also provides a massive portion of the country's agriculture. As a result, greenhouse farming, a massive employer for temporary foreign workers, is a significant industry in Ontario. Ontario's greenhouses account for 61.8% of Canada's total greenhouse area.

Ontario is also a center for livestock farming, with cow farms reporting a 4.9% increase in livestock numbers since 2016 and pig farms reporting a 22.8% increase for market pigs since 2016. Ontario is also at the forefront of technological integration and sustainable farming, driving the need for specialized experts in those fields and a vast number of farm labourers.

Ontario provides many opportunities to get a farm job and move up the ranks in a career in agriculture, making it one of the best provinces for farm jobs in Canada.

The original home to Canada's most iconic export, maple, Quebec is home to some of the largest farms in Canada. As a result, Quebec provides a considerable portion of some of the major exports of Canada, like dairy, pigs and oilseed.

Quebec is very much at the forefront of modern farming. As a result, it looks to be a significant player in Canada's agricultural industry shortly. Quebec has the most farms utilizing organic production, direct sales, renewable energy production, robotic milking technology and a preference for younger farming operators. As a result, it's no wonder that the number of farms in Quebec is increasing while the national number of farms in Canada is declining.

As it stands, Quebec has a huge need for French-speaking foreign workers to help undertake the enormous amount of farming in this province. So, suppose you want to be part of a significant and growing agricultural industry. In that case, Quebec is the first place to look.

While New Brunswick may not have the largest farming industry in Canada, it does provide fantastic opportunities for those looking to work in potato, beef or blueberry farming. New Brunswick is the second largest blueberry producer in Canada.

So if you're looking to trade your work on a large farm for something a little more intimate, New Brunswick may have the opportunity you're looking for. 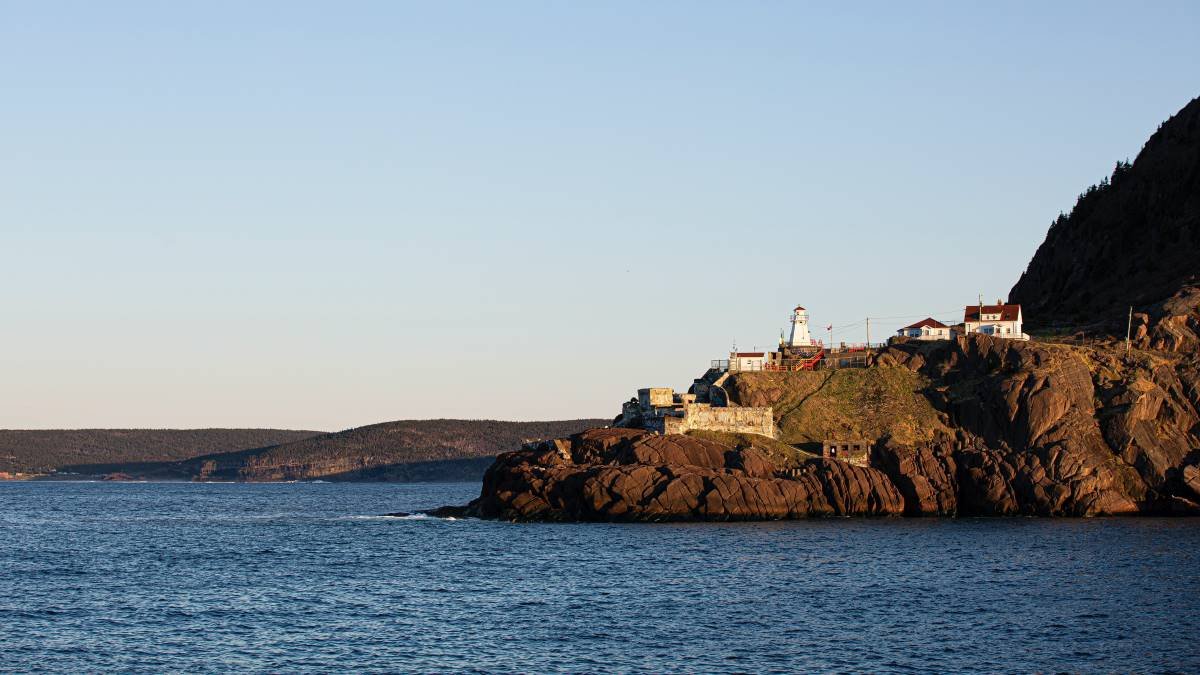 While the geography of Newfoundland and Labrador makes it challenging to farm, the relatively small but powerful farming industry is highly open to newcomers to fill its needs. The average age of farm operators in Newfoundland and Labrador is increasing, and their available number is decreasing. Many farms mitigate this by looking outside Canada to bring newcomers to take over these pivotal roles.

The primary food produced from is vegetables and melons. However, beef farms make up the most significant portion of the total farmland. is also working on utilizing more renewable energy sources.

primarily needs labourers and farm hands, and finding work as an international immigrant in is relatively easy. Working in can also lead to possibilities for permanent residency and total immigration to Canada through immigration programs like the Atlantic Immigration Pilot or the Agri-Food Pilot.

If you're wondering if you may qualify for those programs, click the button below to talk to a Regulate Canadian Immigration Consultant (RCIC). They can see your eligibility for these programs and help you apply. 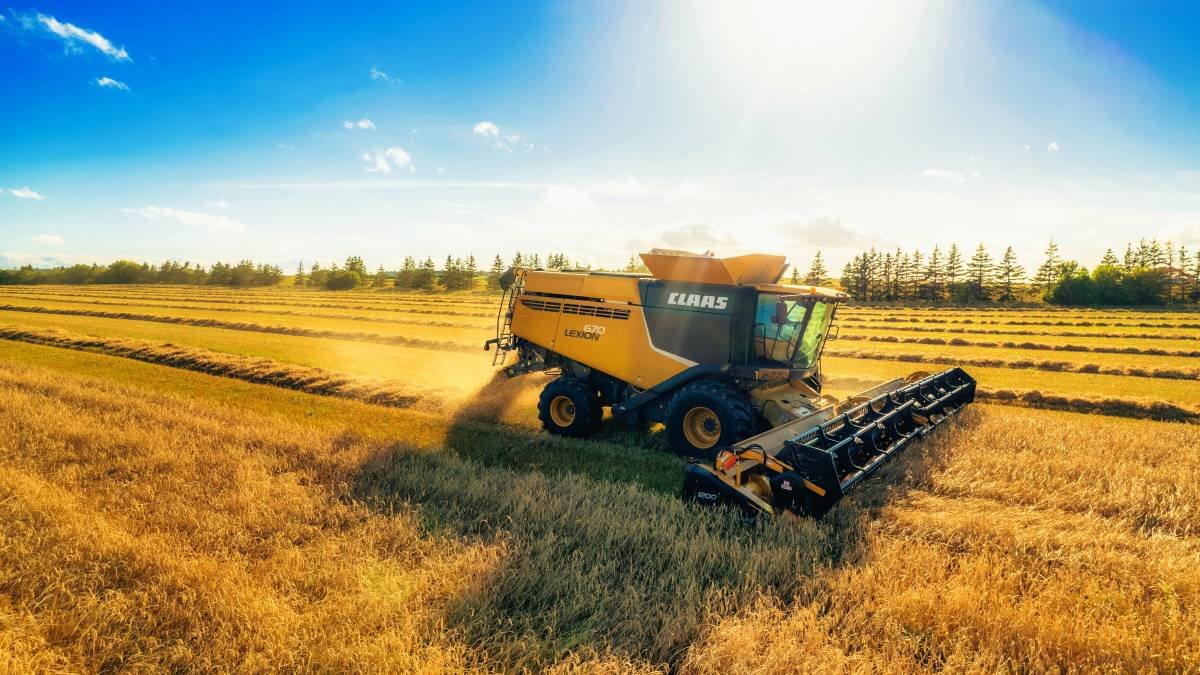 Prince Edward Island also exists at the forefront of sustainable farming, producing more bioenergy than the Canadian national average. As a result, there is also a major need for mechanics and engineers to ensure the uptake of renewable energy runs smoothly.

Can working on farms improve your chances of getting permanent residency in Canada?

Yes. Farm workers and labourers are in high demand in Canada, particularly in Canada's rural or Atlantic provinces. Working in a high-demand profession means you will have a better chance of gaining a provincial nomination from the province you're working in. This will almost guarantee you a permanent residency in the country. For more information on provincial nominations, have a look at this page.

What visa do you need to work on a farm in Canada?

That depends on your country of origin, the nature of your employment and the length of time you plan on staying in Canada. You will likely need a Canadian work permit if you work a full-time non-seasonal farm job. Here's a handy guide on the requirements and process for getting a Canadian work permit—plan on working for a short period or moving from farm to farm. You may be able to use a Canadian Working Holiday visa. Here is a list of requirements and processes. If you do not qualify for a Working holiday visa, you can also apply for a Temporary Foreign Worker Permit.

When is the on-season for Canadian farms?

The harvest or on-season for Canadian farms differs depending on the farm's produce. However, the harvest season generally falls between June and November.

Plant The Seeds For Your Future 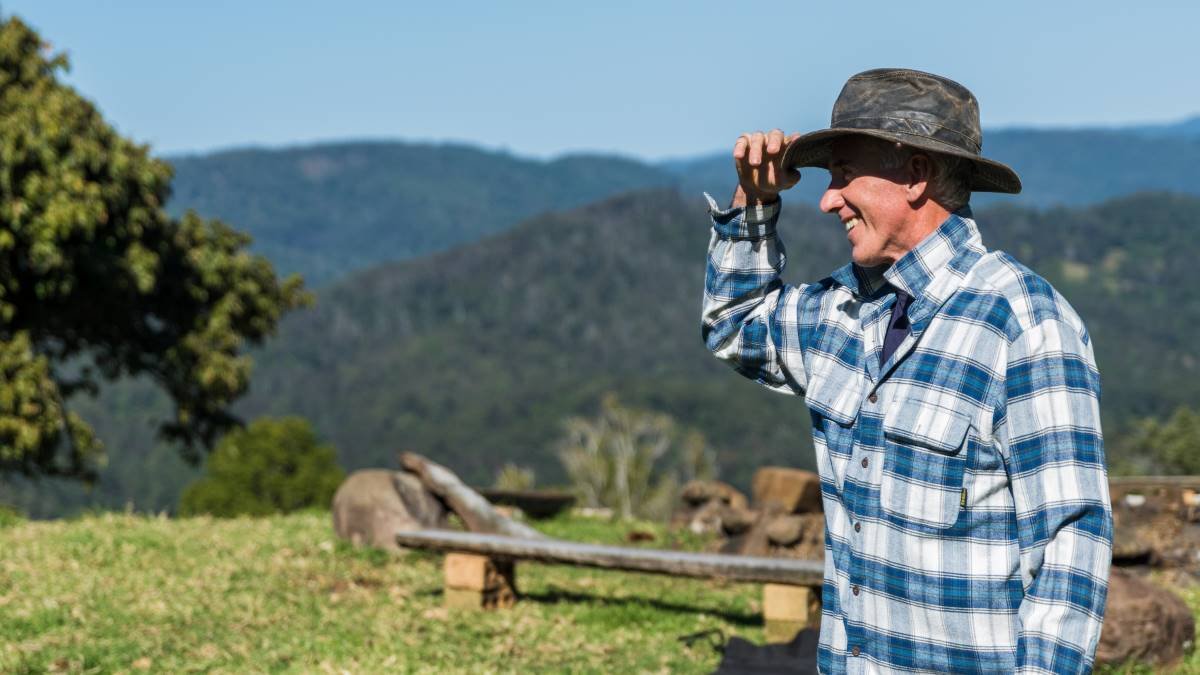 Working on farms in Canada can offer the life experience and financial backing that many farming jobs worldwide cannot. Canada, as a country, is at the forefront of modern farming techniques and will continue to grow and improve over the coming years, leading to greater and greater opportunities. This means that farm jobs for immigrants in Canada can lead to a fantastic future. To see if you can work on a farm in Canada, click the button below to talk to an RCIC and start your journey.