Canadian government to rehabilitate infrastructure at Holland College on Prince Edward Island. Canada is the only country that spends more on education in its annual budget allocation. 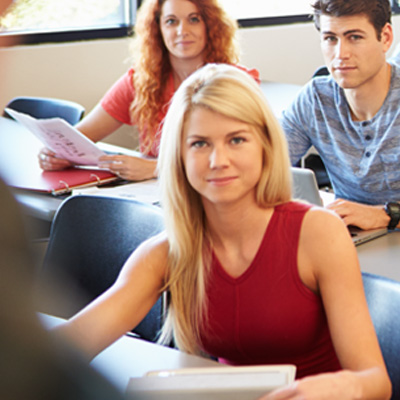 The Canadian government and the government of Prince Edward Island (P.E.I) are each set to invest $2.3 million in rehabilitating the infrastructure at Holland College, Prince Edward Island. The investment is meant to keep in line with Canada’s Innovation Agenda, which aims to develop the country’s capacity for innovation, job creation, and industry growth.

Established nearly 50 years ago, Holland College is a community college in Charlottetown, P.E.I and over the years has built up a solid reputation for its trades and vocational programs. The college is well known in the disciplines of Culinary Arts and Marine Training.

In a press statement that followed the announcement, it was stated that the funding will be used to upgrade research and training space at the Charlottetown campus. Most importantly, the funds will be used to make much-needed improvements to the electrical, and mechanical systems of the campus, leading to increased environmental sustainability.

Commenting on the announcement Navdeep Bains, Minister of Innovation, Science and Economic Development said “this historic investment by the Government of Canada is a down payment on the government’s vision to position Canada as a global center of innovation. That means making Canada a world leader in turning ideas into solutions, science into technologies, skills into middle-class jobs, and start-up companies into global successes.”

In the next few years, the Canadian government plans to invest more than $23 million in P.E.I’s universities and colleges.

To learn more about the education system on Prince Edward Island and the rest of Atlantic Canada, click here.

Why study in Canada?

Canada is regularly rated as one of the best countries to live in by the United Nations. It is the second-largest country in the world in terms of natural and oil resources only behind the United States, and it is particularly known for its great education system, high life expectancy, and low crime rates.

The majority of Canada’s universities and various colleges are evenly spread out and conveniently located in both the rural and urban areas of the country. In addition to that, many of the educational institutions in Canada are public-funded and managed, and monitored by the provincial governments, as a result, the education system is considered to be of the highest quality.

As a diverse and multicultural country, Canada encourages immigration, in general, adding to the variety of the world’s different cultures and ethnic groups that help students settle quickly and concentrate on their studies in a peaceful environment. Canada is a top destination for international students and the student visa allows them to study at many of the countries' world-class universities and colleges.

It is important for international students to understand that in Canada the word college has a totally different meaning compared to other countries and the US for example. In Canada, a college is an institution that awards qualifications of a more vocational nature, often below the bachelor’s level. Whereas a university will offer bachelor’s, master’s, and doctorate degrees.

For accommodation, most students stay in university dormitories which can be found on or close to campus. This accommodation arrangement is recommended for new undergraduate students as it provides a great opportunity for meeting a lot of new people.

Across all the university institutions in Canada internet access is readily available, and housing is either catered or self-catered and can have standard en-suite rooms. For example, the University of Ottawa charges roughly CAN $600 per month for accommodation, and leases can be for 8-12 months contracts.

As an international student in Canada, you may also be eligible to work without a work permit while you are studying. You can work for up to 20 hours a week during the duration of the term and full-time work during scheduled holidays.