If you have ever wanted in study in Canada, look out for Montreal, which was rated one of the best cities in the world for international students by QS Rankings.

Montreal Named as the World's Best City for International Students 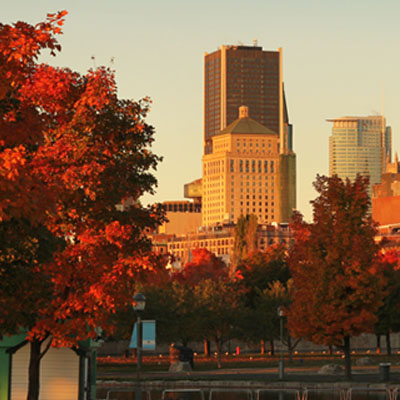 Montreal has replaced Paris as the best city for international students. This report was released by QS Rankings, which is responsible for administering major student surveys worldwide to find the top cities and countries in which to pursue higher education.

The survey involved questioning over 17,000 students from across the world about the appeal and attractiveness of different cities in terms of higher education. The research also touched on a number of factors including the quality of universities, student facilities, employment opportunities, cost of living, levels of tolerance, and openness. Overall, a total of six categories were assessed, and these are:

Canada as a whole was well represented in the rankings, with Vancouver in 10th spot, and Toronto 11th. Quebec City and Ottawa were among the world’s top cities, ranked in 26th and 72nd place respectively. The results of the study add weight to statistics that show an increase in the number of international students is seeking to study in Canada. Many individuals are attracted to study in Canada because of its high-quality lifestyle, world-class education facilities, and permanent immigration opportunities.

One of the major attractions of the city’s education system for international students is its bilingual nature, affordable cost of living, a lively arts scene, and unique ambiance that can be felt throughout the city. The city’s tolerant culture, opportunities, and a vibrant mixture of North-American, European and African cultures are all valued by international students.

A unique pathway to permanent residency

Quebec and its unique immigration system are one of the main reasons why Montreal offers an attractive solution for international students. For example, the province recently launched a new initiative to retain international students in Montreal after graduation and the provincial government has set up policies that will support this initiative. In Canada, Quebec is the only province that does not require an international graduate from an undergraduate or college study program to obtain a job offer or skilled work experience in order to apply for permanent immigration to Canada.

International students who have graduated from an eligible program from a university or college in Quebec may apply to the provincial government for a Quebec Selection Certificate (CQS). Once they have received a CQS, the individual is allowed to apply to the federal government for permanent residence status. For international graduates, the following are the two main routes to permanent residence:

This is a fast-track route to obtaining a CSQ for candidates who meet the selection criteria. For eligibility, the individual requires an advanced-intermediate level of oral French, in addition to an eligible diploma from a recognized post-secondary education institution. Another advantage of this program is that candidates do not require a job offer or skilled work experience in order to be eligible. Once all the eligibility criteria are met and a complete application is submitted, a CSQ is usually issued within 20 days.

A very popular immigration option for international students who may be unable to meet the language requirement of the PEQ. The respective candidates are assessed on the basis of points awarded for civil status information, education, and work history, language ability, and other factors.

Toronto Canada’s largest city boasts a level of diversity and opportunity rivaling that of other major cities worldwide. Its universities and colleges perform excellently every year and some of its well-established education institutions include; Ryerson University, University of Toronto, York University, and the Ontario College of Art and Design.

Vancouver is also a popular destination for international students, attracted by its mild climate, stunning coastal location, innovative job opportunities, and strong links to East Asia and Africa. The provincial government of British Columbia has also increased its efforts to make sure that it attracts and retains international students through programs that offer opportunities for permanent residence after graduation.

For more information on how you can apply for a Student Visa, click here.