Get a full breakdown of what work, culture and life is like in Canada's Mississauga with this in depth Mississauga city guide.


Situated right next to the thriving metropolis of Toronto, Mississauga is widely regarded as the more relaxed, cheaper alternative to the craziness that comes with living in a large city. However, Mississauga, Canada is far more than just an alternative. With its beautiful waterfront, high average standard of living, unique culture and proximity to wide open spaces, Mississauga has a special flavour that you won't find anywhere else in Canada. But, what is it that makes Mississauga so special? What is it like to live in Mississauga? To help you find out, we've broken down several aspects of life in Mississauga. 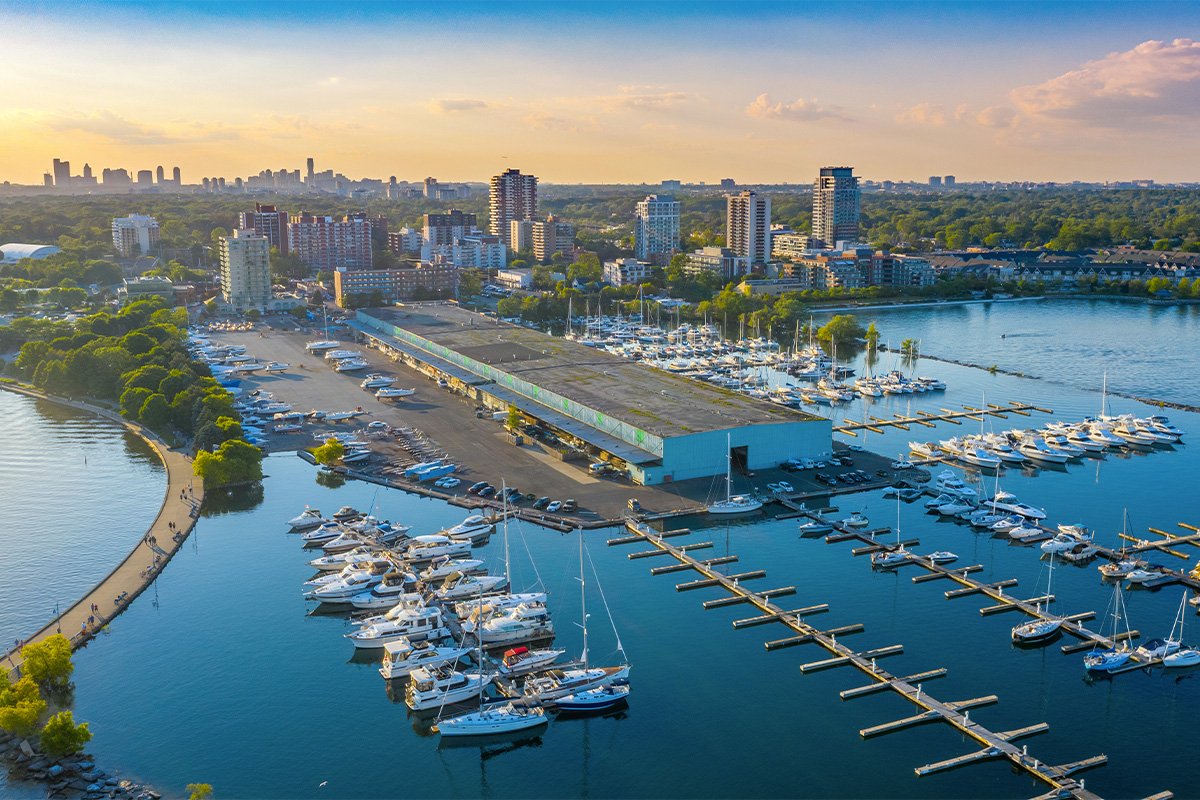 There has been evidence of human settlements in the area now known as Mississauga dating back as far as 9000 BC. First Nations tribes used the area as a fishing hotspot for some 8000 years until more permanent settlements were established around 1000 BC.

The area was predominantly inhabited by numerous different tribes, causing tribal conflict for decades until the area was overtaken by English settlers in the late 17th century. The town was little more than a settlement until 1805 when it was named the Toronto Township.

As the Toronto township, the city grew and changed over 160 years until it was incorporated under the name Mississauga in 1965.

As of the latest figures by the World Population Review, the Mississauga population stands at 721,599 residents.

Where is Mississauga on the map?

Bordering Lake Ontario and surrounded by Oakville, Milton, Brampton and Toronto, Mississauga sits at one of the most southern points in Canada, leading it to have mild weather and easy access to the United States. 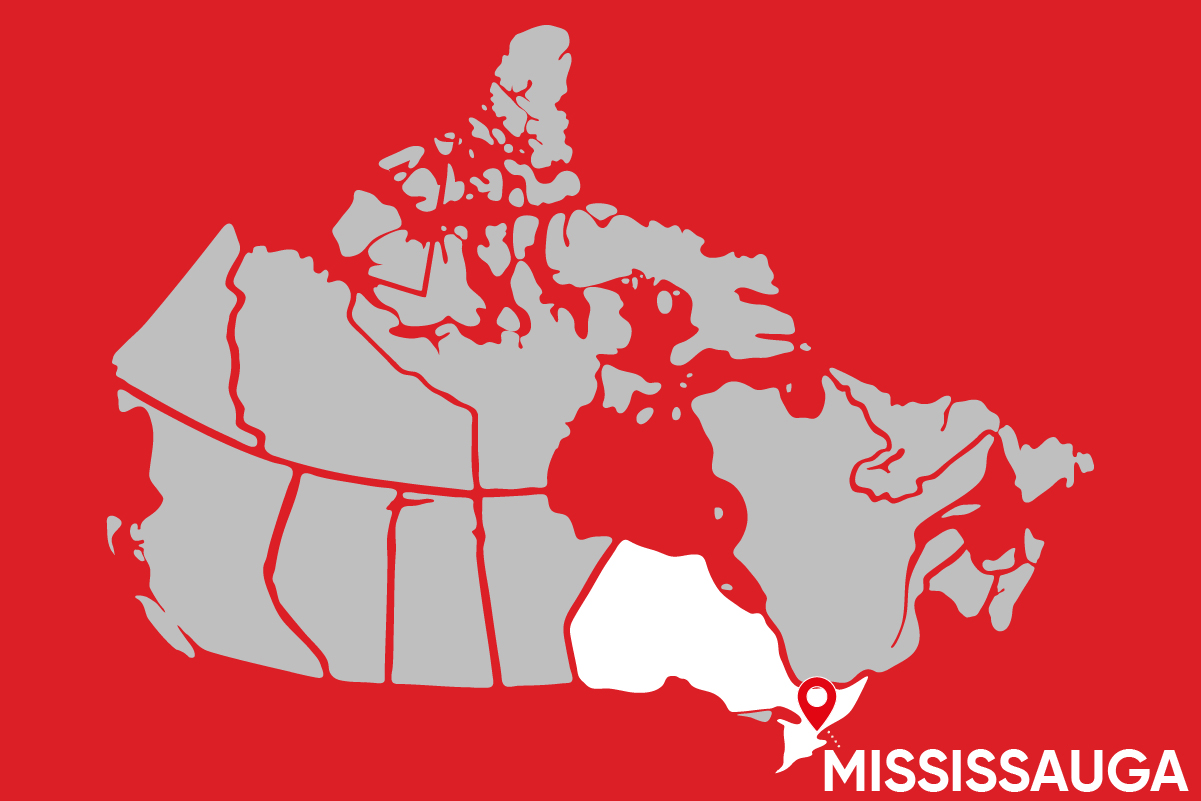 Due to its southern position and proximity to bodies of water, the Mississauga weather is far milder and more temperate than the more central or western Canadian cities. Summers are generally warm, humid and sunny, whereas winters generally remain below freezing.

Summer in Mississauga starts at the beginning of June and ends in mid-September. During this time, temperatures range between 26°C and 17°C. Mississauga's weather during the summer is humid with much of the yearly rainfall happening during that period.

The winter in Mississauga generally starts in early December and ends around mid-March. During the winter, the Mississauga weather is snowy and windy. The coldest month is January where the average low is around -8°C and the daily highs are -1°C.

As a result, the Mississauga weather has made the city widely regarded as a fun summer destination in Canada.

Work and Jobs in Mississauga

As a result, there is a wide range of in-demand jobs in Mississauga. The primary industry in need of skilled workers is the tech industry. According to

Here's a handy guide to help you ensure you land the job of your dreams in Mississauga. However, to work in Canada as an international, you will need a work permit. Here's how to apply for a Canadian work permit.

Applying for Canadian work permits and visas can be a painstaking, stressful process. One false step in the application process can lead to major delays or even a rejection. The best way to take the stress and pressure out of the application process is to have an expert to help you. Our Regulated Canadian Immigration Consultants (RCICs) have years of experience and have helped to land hundreds of prospective immigrants through their visa and permanent residency application processes.

Mississauga is a highly affordable city. Despite its closeness to Toronto, the average cost of living and housing is significantly lower, making Mississauga a fantastic option if you’re looking to find your feet in Canada.

Despite having a significantly lower monthly cost of living than Toronto, the average salary in Mississauga is $4,605.39 per month, compared to Toronto's average which is $4,239.20.

As a result of all this, Mississaugans can enjoy a slightly higher standard of living than Torontonians, giving them an even greater chance at the fantastic quality of life Canada is renowned for. 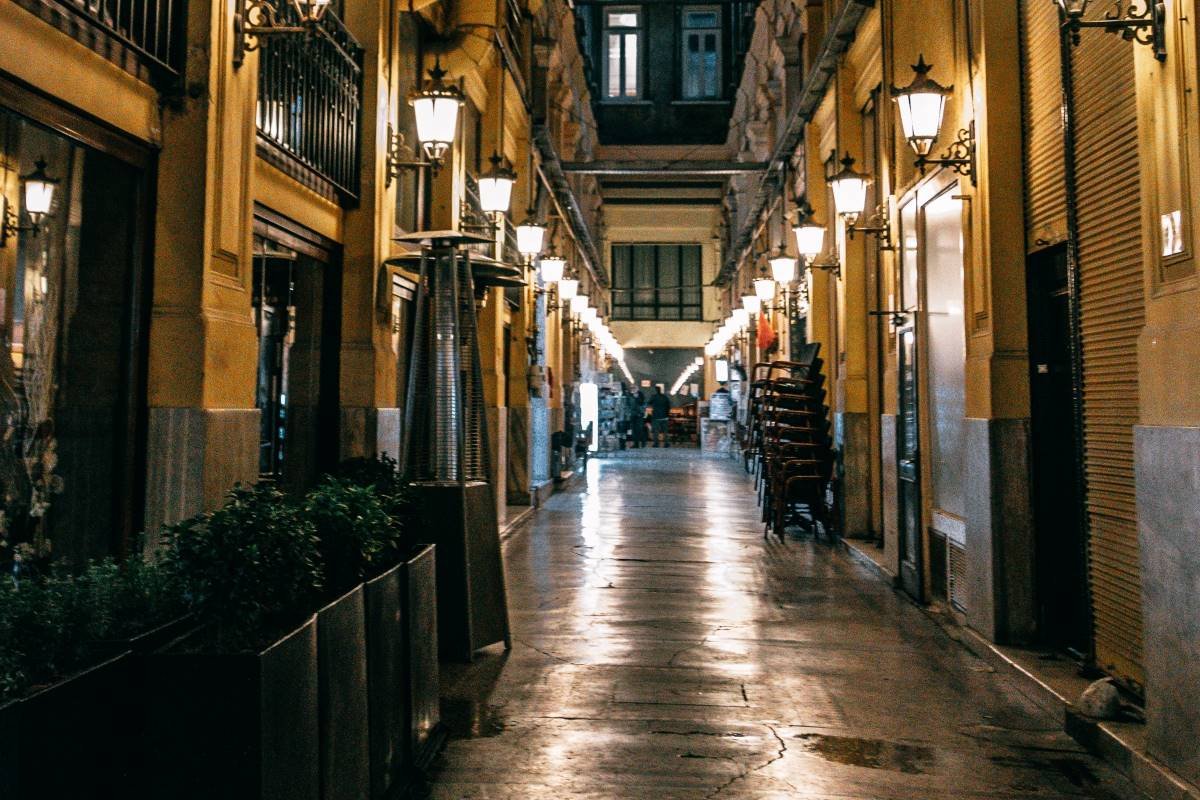 The City Center of Mississauga is perfect for those looking to feel the pulse of this thriving city. The relatively low housing costs in this area combined with its close proximity to Mississauga's larger businesses and attractions, it's a natural choice for young professionals looking to live and work in the city of Mississauga.

For those looking for a small village feel within the big city, Port Credit is the one for you. Situated on the edge of Lake Ontario at the end of the Credit River Valley, this neighborhood is also known for its vibrant community.

With regular special events, a unique restaurant culture, and wide array of boutiques all within the glow of the famous Port Credit Lighthouse, this neighborhood is perfect for those looking to be part of an exciting, tight-knit community.

Erindale is a perfect neighborhood for families due to its safety, close proximity to top schools and universities, and its affordability. A perfect ideal for suburban living, Erindale also boasts its easy access to hiking trails and wide open spaces. This means those living in Erindale can get close to nature, without having to leave the city behind.

For those looking for a more peaceful time in Mississauga, Erindale is perfect.

The city of Mississauga's public transport is overseen by MiWay, which handles both the city's bus and light rail systems.

On the northeast part of the city lies the world-famous Toronto Pearson airport. It is the largest airport in Canada, bringing in the second-largest amount of international passengers in North America.

Things to do in Mississauga Canada 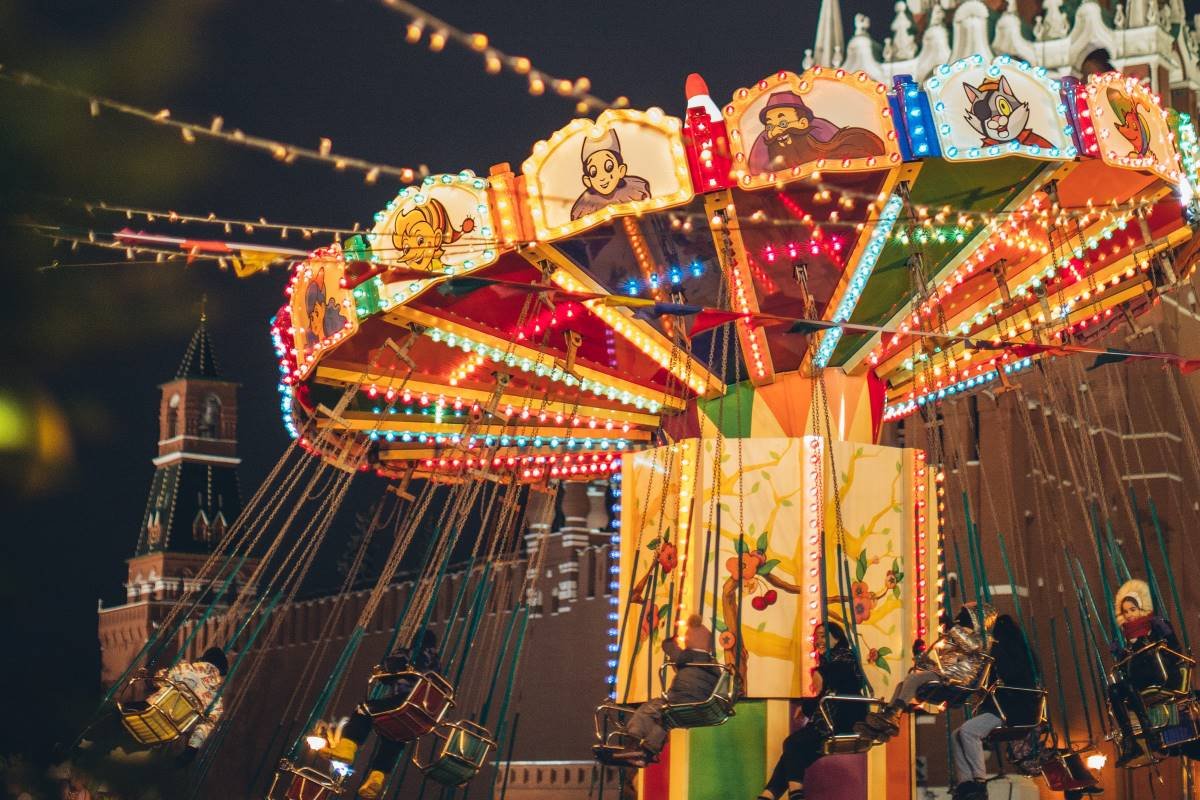 Due to the mild weather, the closeness to the Great Lakes and the help of the Ontario regional municipality, there is no shortage of things to do in Mississauga. Mississauga offers a wide variety of activities and landmarks, catering to all tastes and interests.

For those looking to shop, the premier shopping mall in Mississauga is Square One shopping center. Boasting 330 different shops and restaurants, this mall is the largest and most diverse in Ontario. Filled to the brim with local and international brands, this massive center will ensure all of your needs and desires are taken care of.

For those looking for some of the fantastic cultural enrichment the city has to offer, a visit to the Art gallery of Mississauga is certainly worth your time. Located very close to Square One, this non-profit gallery offers free admission and guided exhibition tours. The gallery also regularly hosts art social events, workshops for adults, and programmes for schools, universities and community groups.

For those who prefer the outdoors, Mississauga offers numerous fantastic parks such as Kariya Park, Danville Park and Erindale Park which allow locals to enjoy some fantastic hiking and camping opportunities that most don't associate with large cities.

If you're looking to gain access to Canada's world-class education, Mississauga has plenty of options for you. Mississauga is home to a campus of the University of Toronto, one of the best universities in the world. On top of that, Mississauga is home to some of the top colleges in Canada like Humber College, Anderson College of Health Business and Technology and the world-famous Evergreen College.

If you want to take advantage of the fantastic options Mississauga has for students, you're going to need a study permit. Here's how to apply for a Canadian study permit.

Mississauga has over 250 public schools and 5 international schools that cater from early preschool to Grade 12. This massive amount of schools in a small area means that you can ensure your child has the perfect educational opportunities in Canada.

As part of Ontario, those looking to move to Mississauga have opportunities to gain permanent residency quickly and easily through one of Ontario's Provincial Nominee Programs (OINP). The OINP is designed to give those who fulfill the province's needs the opportunity to get permanent residency, provided they choose to live in Ontario. The OINP has several categories:

Learn about which programs Ontario offers and what the requirements are for each here.

How close is Mississauga to Toronto?

Mississauga is 28.1km from Toronto, which is around an hour's drive. Here's a full breakdown on what Toronto has to offer.

How do I know if my job matches the description on the in-demand occupations list?

One of the best ways to understand what the jobs outlined on the in-demand list entails is to understand the National Occupational Classification (NOC) code for each job as the Canadian government website provides full job descriptions for each code. Find out more about the NOC system and what each code is here.

What's the fastest way I can move to Mississauga?

This generally depends on your links to Canada, your background and your skills. The fastest way to get permanent residency in Canada is the Express Entry system. Find out more about the fastest ways to move to Canada here.

Make your Move to Mississagua 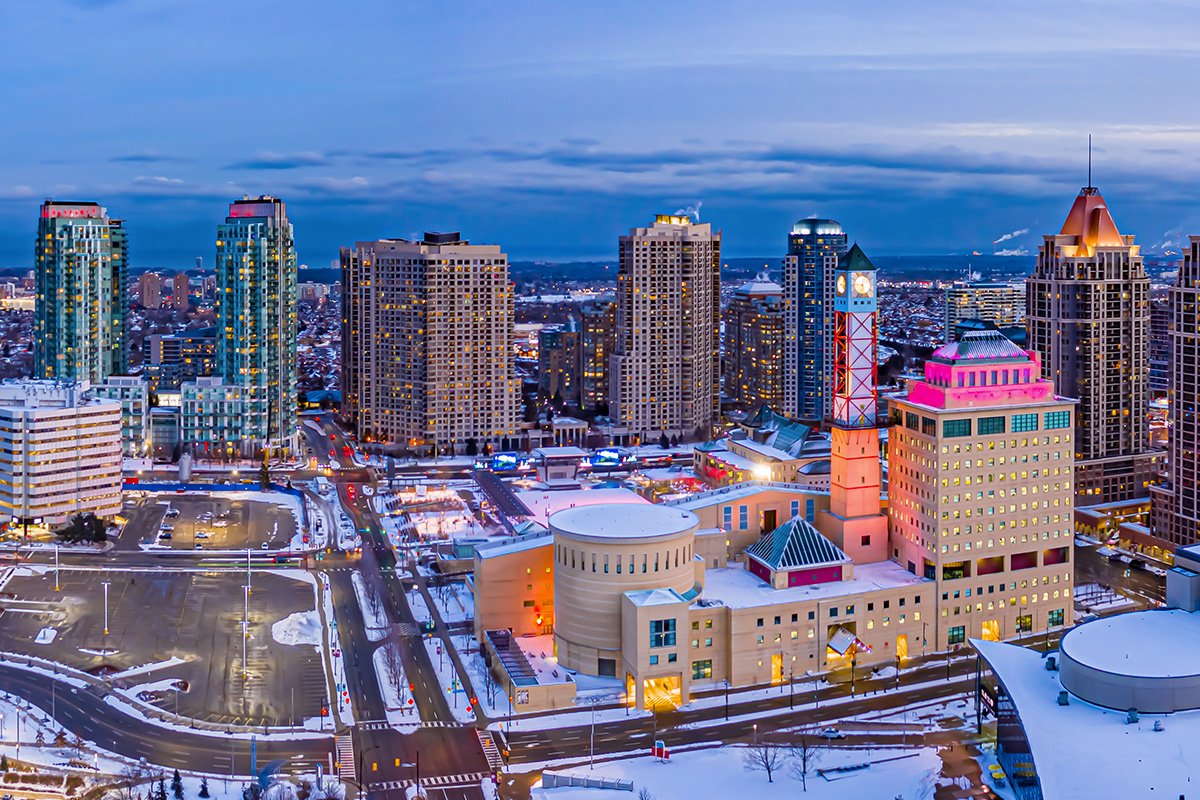 Now that you've learned about Mississauga's history, the Mississauga weather, things to do in Mississauga and what life is like in the city, it's time to start your journey. To ensure you make your move in the best way possible, getting the right help is crucial. Our RCICs can give you a full evaluation to help you find the right program for you, guide you through each step of the application process, represent you with the relevant authorities and even curate your CV to help you land a job in Canada.