If you want to study in Canada here are the top 7 universities and where to find them. Like the University of Toronto, at number 20, with 3 campuses across the Greater Toronto Area. With some of the best research and teaching. 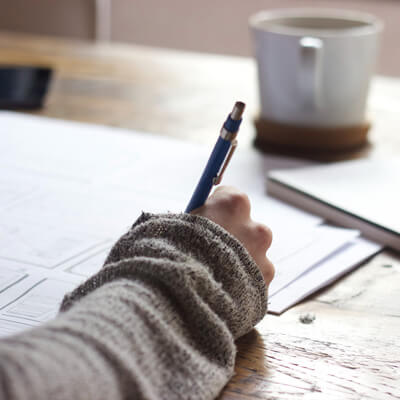 There are so many universities and colleges across Canada that it can become a rather daunting task to make the decision of which is best for you. Depending on the course or degree that you have chosen, there will be many more options presenting themselves. No matter where you decide to study, we know that you will enjoy every minute of your Canadian adventure.

Home to 11 of the country’s top universities, Ontario is the most populous and probably most popular province of Canada. Ontario is often thought to be the central hub of activity in Canada as it houses Toronto and Ottawa, two of the biggest cities in the country.

Of course, nobody can mention the best universities in Canada without mentioning the University of Toronto. Ranked as the best in Canada, and 20th in the world, this impressive university consists of three campuses across the Greater Toronto Area. It is said to house one of the best research and teaching faculties in North America and has produced some noteworthy graduates in the past 188 years of existence. Besides the top performance of the students and staff, this university has to be one of the most beautiful in Canada. Boasting its original buildings and landscaped lawns, most students spend their time enjoying the mild weather on the grass under the trees.

Across the province lies the University of Ottawa. This remarkable learning institution is now the largest French-English Bilingual University in the world, founded in 1848. The university also hosts the largest law school in Canada and prides itself on its research facilities which have shown advances in social sciences, health, sciences and humanities.

Since the first graduating class in 1883, this university has grown from strength to strength and now has over 1400 faculty members and 35 000 students who roam the halls every year. With over 400 undergraduate and post-graduate courses, the university is also dedicated to its international students, with many extra programs designed to assist them. Campus life is thriving here, with the football games bringing everybody out to support in the summer months.

From the rugged outdoor terrain to the vibrant cities, British Columbia has it all. Most foreign visitors know of Vancouver, a popular tourist spot and outdoor adventure hub.

The University of British Columbia

Ranked as the 43rd best university in the world and 2nd in the Canada, The University of British Columbia is not only beautifully mesmerizing, it is also known for its top-notch research facilities. Close to 60 000 students have chosen to study here in 2015 and 21% of those are international students. With 2 campus’ and a host of undergraduate and post-graduate degrees, it is no wonder that this university has accumulated over 300 000 alumni in its 100 years.

Modern and spectacular, Simon Fraser University is an innovative and cutting-edge institution that now includes 3 campuses across British Columbia. The university may be younger than the others with 50 years of experience, but their research facilities and scientific advancements have attracted students from all over the world.

Diverse, welcoming and boasting world-class health facilities, Alberta has become a very popular province when it comes to immigrating, working and studying. The mountainous terrain offers plenty of opportunities to explore and enjoy the outdoors while the cities are a spectacular display of cultural activities.

Still ranked as one of the top 100 universities in the world, The University of Alberta offers almost 400 post and undergraduate programs, teaching 24 languages and boasting 5 campuses. Of the 40 000 students currently attending, close to 7000 are international students from over 150 countries worldwide. Sports are big at this university with 24 varsity teams and 62 national titles behind their name.

This university is known as a youthful and growing institution with over 31 000 students taking part in the 200 undergraduate programs. 157 000 people are now alumni’s across 152 countries globally, an enormous feat considering the university began in 1966. If you choose to study here, you will be following in the footsteps of some impressive alumni including the current prime minister of Canada, Stephen Harper and Canadian astronaut, Robert Thirsk.

No matter where you decide to study in Canada, you will be walking away with a globally recognized degree and memories of an experience of a lifetime.