Take a look at 5 of Canada's top LGBTQ2+ communities and find out why Canada is the best place to immigrate to with your partner. 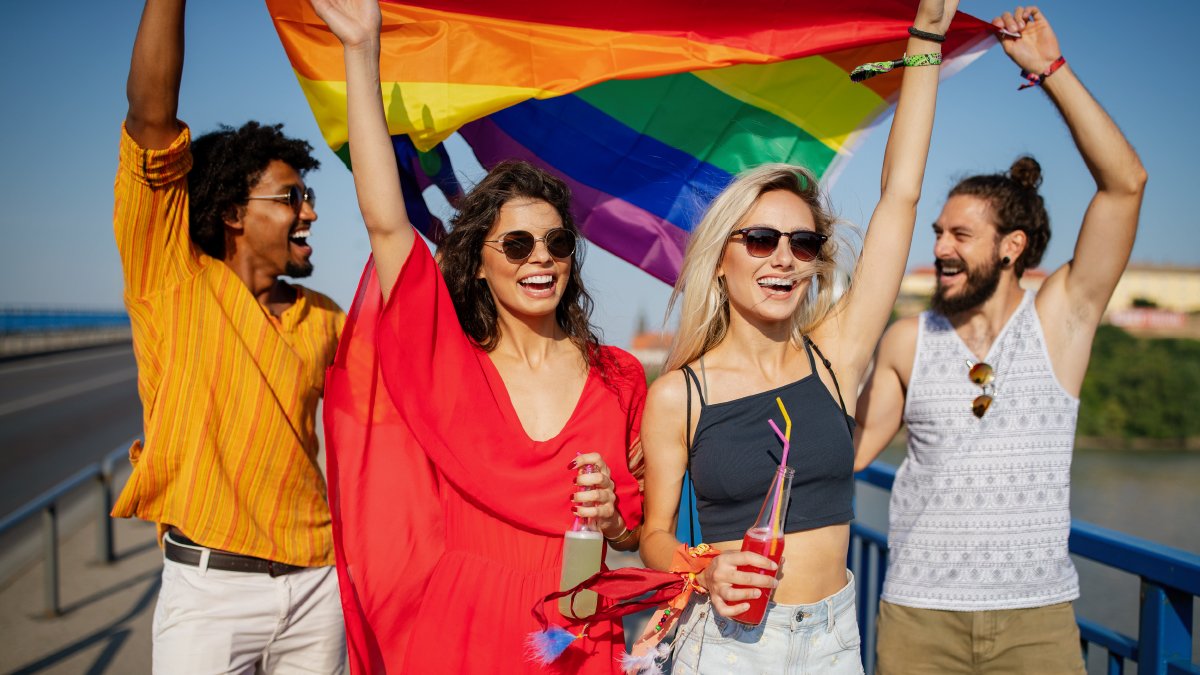 Did you know that Canada became the fourth country in the world to permit same-sex marriages? Let’s have a look at the Top 5 LGBTQ2+ communities in Canada:. 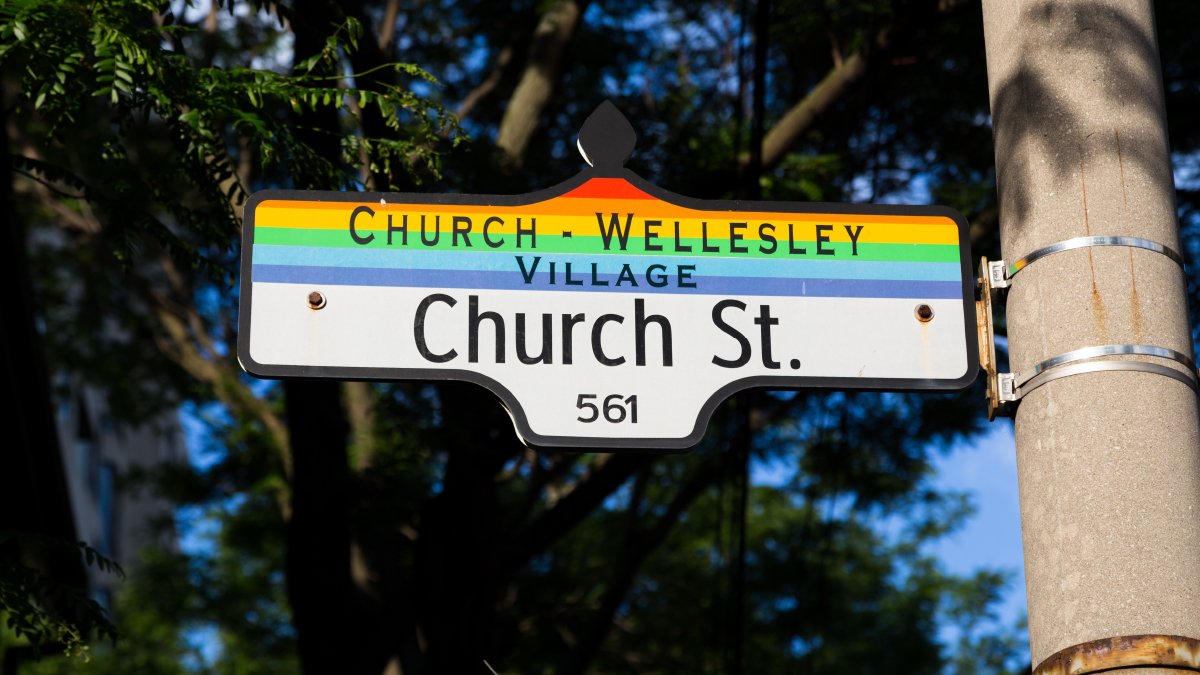 Church-Wellesley Village, a lovely residential and commercial neighbourhood by day and a buzzing entertainment attraction by night, is the traditional gathering spot for Toronto's LGBTQ+ community. It's busiest in June during the Pride Toronto celebration when the entire neighbourhood changes into one enormous, welcoming party.

For new immigrants living in Canada, especially those who’ve experienced prejudice due to gender identity or sexual preference, the Church-Wellesley Village is essential. Through its immigrant and refugee programs, the community has been assisting LGBTQ2+ newcomers and refugees in Canada for over a decade. The LGBTQ2+ newcomer team, for example, visits around 500 people each year and has been instrumental in resettling LGBTQ2+ Syrian refugees.

The Montreal Gay Village is located on St. Catherine Street in the South Central neighbourhood, between St. Hubert and Papineau. This area was formerly the epicentre of francophone retail, with stores such as Dupuis et Frère.

The Village has risen from the economic downturn and become a safe, cutting-edge and highly inclusive place to do business thanks to a slew of gay-owned shops, stores, restaurants, and bars. Canada's LGBTQ2+ Community flocks to the Le Village gai in the summer months where close to 60 outdoor patios extend under an umbrella of nearly 200 multicoloured balls.

Gay-friendly events hosted by drag queens, beer tasting and award-winning restaurants, bars and shops are what you’ll find in the heart of downtown's dense West End. Also known as Vancouver’s Davie Village, the stretch of Davie Street between Burrard and Jervis Streets is decorated with vibrant rainbow flags and known internationally as a hub of inclusive commerce.

Bank Street Gay Village began its reconstruction back in 2006, where more than 100 members of the LGBTQ2+ community attended a town hall meeting supporting the idea of an LGBTQ2+-friendly village along Bank Street.

Since 2011, when it was officially designated as Ottawa's LGBTQ2+ community, there has been a boom of dining setups, entertainment, events, pubs, and more. The village is characterized by its Pride Flag pedestrian crossings and a mural at the corner of Bank and Gilmour Streets commemorating the 1971 "We Demand" demonstration on Parliament Hill which was Canada's first civil rights protest by queers.

Beginning as bathhouses where gay men frequented, and developing into Club 70 after the decriminalization of homosexuality, Jasper Avenue holds the centre of historically safe queer spaces. At the time, Club 70 was a members-only club, not for secrecy but because of safety.

Now, between 99 and 110 Streets of Jasper Avenue you’ll find what’s quickly becoming the center of gay Edmonton as most of the city’s gay bars, clubs, and businesses are localized in this area. In summer, watch weekly festivals portraying Shakespeare and performing jazz, blues and folk music. In winter, the Fringe Theatre holds 1,000’s of plays.

Here we must make mention of Osborne Village, Winnipeg’s commercial and entertainment hub. Although it’s not the only queer space Winnipeg has to offer, Osborne Village, on the other hand, is by far one of Winnipeg's most popular LGBTQ2+ communities.

It’s home to many of Winnipeg's greatest restaurants, theatres, and cultural attractions, as well as the city's largest annual pride festival. It's a fairly walkable area with much to see and do, as well as a wide selection of housing options and pricing ranges. 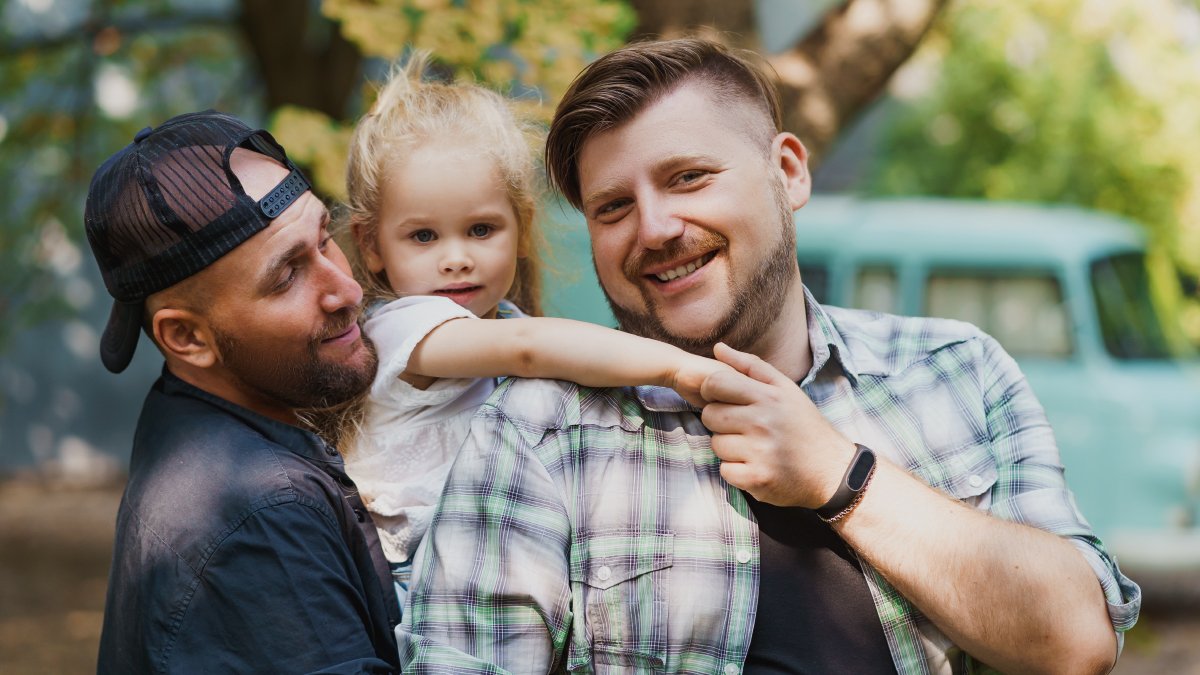 Canada’s progressive values are ahead of most countries and it shows in the way the country’s policies around same-sex marriage and immigration are set out. Common-law marriages between same-sex couples are recognized under Canadian law just as legal spouses are. They enjoy the same benefits under the Spousal and Common-Law Partner Sponsorship program.

If you think Canada is a good fit for you or for your family, then consider these programs and immigrate to the Great Pride North.

As one of the pioneering provinces of inclusive policy in Canada, British Columbia (where Vancouver is located) is a great choice when applying for a Provincial Nomination Program.

The British Columbia Provincial Nominee Program (British Columbia PNP)is an immigration stream that can expedite the visa application process. You’ll need to have a job offer from the province and show genuine intention of living in British Columbia in order to be considered for the program.

If you are over the age of 18, living in Canada, and you or your partner are Canadian citizens, you could qualify for a Family Sponsorship.

It's vital to remember that Canada will only recognize your marriage as legitimate if it's legal in your home country. But there's no need to be concerned. Even if your marriage is not recognized as legally binding back home, Canada may recognize your relationship as a common-law marriage if you’ve lived together for at least 12 months and meet several other requirements. This implies that you and your partner will be allowed to apply for Canadian permanent residency together.

These programs work on a point-based system called the Comprehensive Ranking System (CRS). To apply using this program first you should check if you’re eligible, check your CRS score, get your documents ready and fill out your profile on the system. Finally, you’ll get an Invitation to Apply (ITA) for your permanent residency.

Immigrating to Canada means you’ll have safe, vibrant spaces to be yourself. Let us not deny that many countries around the world retain intolerant policies at the core of their governance. By applying for permanent residency in Canada you know that you’ll be living in a country where inclusion and acceptance form the basis of society. All you have to do is find out how you can move to Canada and be a part of Canada's LGBTQ2+ Community.

In Canada, LGBTQ2+ is an abbreviation that stands for lesbian, gay, bisexual, transgender, queer (or sometimes questioning), and two-spirited. Some Indigenous people use the term "two-spirit" to express their sexual, gender, and/or spiritual identity when they identify as having both a masculine and a feminine spirit.

This initiative started 3 years ago, by Prime Minister Justin Trudeau and the liberal governing body of Canada. Trudeau issued a historic apology to LGBTQ2+ Canadians. Since then, the Canadian government has taken significant measures toward making the country safer and more inclusive.

One big way they’ve done this is by introducing surveys, written submissions and engagement sessions that will inform the LGBTQ2+ Action Plan and guide the Government’s work to improve the social, health, and economic outcomes of multiple LGBTQ2+ communities throughout Canada.

FAQ 3: Is Canada really that liberal toward the LGBTQ2+ community?

Although society has a long way to go to reach positive inclusivity, its policies like those implemented in Canada are total wins for the LGBTQ2+ community.

Historically, Canada has always attempted to be inclusive. Same-sex couples could adopt since 1996 and civil marriages were legalized in 2005. In recent years, Canada has widely celebrated Pride month, with the government supporting the community.

FAQ 4: Can queer foreigners get married in Canada?

The short answer: Yes. Canada legalized marriage between same-sex couples in 2005. Since then, same-sex partners all over the world can travel to Canada, obtain a marriage license, and in a few short days be lawfully married.

Top 6 Apps for Immigrants in Canada

Download these top 6 apps to help make your transition to Canadian life seamless.