If you were hoping to move to the US, you may be disappointed. With Trumps new immigration restrictions especially his 'Muslim' travel ban has left many either forceably removed from the US or stranded. If you migrate to Canada.

Muslims, Refugees Banned From Entering the U.S. by President Trump 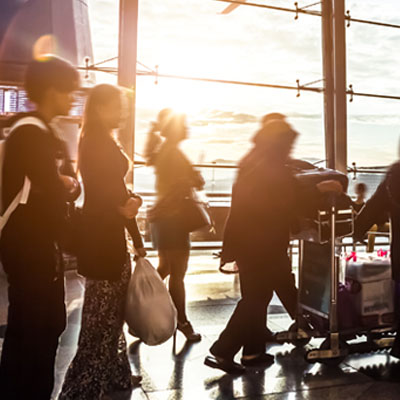 On Friday 27 January 2017 President Donald Trump went ahead and gave executive orders banning Muslims and refugees from entering the U.S, initially in the next 90 days. Muslims are the biggest victims in this case as the executive orders officially ban Muslim immigrants from seven countries that are considered high risk by the new American president. These countries include Syria, Iraq, Iran, Libya, Yemen, Somalia, and Sudan. Although the ban specifically mentions these seven countries it also affects Muslims from other Middle Eastern countries such as the UAE, Saudi Arabia, Lebanon, and Pakistan who will now be subjected to stricter checks for immigration to the U.S.

Since the Executive Order was given last Friday, there have already been cases of many Middle Eastern citizens being denied on flights and students having their visas revoked in efforts that the American president claims will keep Islamic terrorists out of America.

Inside the U.S ban on Muslims and its effects

Effectively, the order suspends the entire US refugee admissions program for the next four months, and once it’s resumed will cut the yearly target to just 50,000. It also indefinitely stops the entry of Muslims refugees from Syria and bans all immigration from the aforementioned seven countries.

During his presidential campaign, Trump called for a “total and complete shutdown of Muslims entering the United States” whether as refugees or visitors. However, this has now been rephrased and is now called “extreme vetting”. Extreme vetting involves Muslims being subjected to long visa processes just to visit the US. Muslims are now screened by the National Counterterrorism Centre, FBI, Defence and State departments, US Customs and finally the US border protection.

Already many students with valid visas from Saudi Arabia, the UAE, Pakistan, and other Arab countries have been barred from re-entering the US from their winter break. These include graduate students from Harvard and Brown University who had valid multiple-entry visas, yet were given a choice to buy a ticket to fly back home or risk being forcefully removed.

This does not only apply to student visas, but valid work visas have also been suddenly revoked without explanation.

Why Canada is the better option

While the US under the relatively new presidency of Donald Trump is denying Muslims entry into the country, preventing them from boarding flights and even detaining them at airports. The Canadian Prime Minister Justine Trudeau has responded by sending out a strong message welcoming immigrants including refugees fleeing persecution, war, and terror to Canada regardless of their faith or religious affiliation. All are welcome in Canada, the land of diversity.

Canada’s second largest religion is Islam with approximately over 1 million Muslims representing nearly 4% of the country’s entire population, and each year the population of Islamic residents continues to grow. The arrival of Muslims in Canada is mainly been influenced by the Canadian immigration policies including economic and political upheavals affecting Muslims in other countries. Much of this immigration is recent, over 60% of Muslims in Canada are foreign born and have immigrated to the country in the last 20 years.

Canada’s immigration programs seek to attract as many newcomers as possible through it economic immigration programs as well as refugees and protected persons. For example, Canada’s 2017 immigration plan aims to receive almost 320,000 immigrants, many of them skilled workers and international students from Africa, the Caribbean and Middle Eastern countries such as Pakistan, Saudi Arabia, and the UAE.

While the US government is dithering and banning refugees, the Canadian government has received and resettled more than 30,000 Syrian refugees between November 4, 2015, and February 29, 2016. In 2017 the country is set to receive a further 40,000 refugees from Syria, Jordan and other countries.

Canada’s new Immigration Minister, Ahmed Hussen, is Muslim and Somali-born (Somalia is one of the countries on the US banned list) who immigrated to Canada as a refugee at the age of 16. Mr. Hussen was appointed by the Canada’s Prime Minister Justin Trudeau and is a good example of how Canada embraces its multicultural society and tolerance for minorities. On the day he took oath of office Mr. Hussen was quoted as saying “Canada’s principles are of openness, open to ideas, open to people, open to those who want to come here and make a better life for themselves and contribute to our economy with their skills, and also to have compassion for those who seek sanctuary in our country, and I think we have been a better country as a result.”

Soon after president Trump and the US government announced the plans to ban immigrants from Muslim countries from entering the country, Canada’s Prime Minister Justine Trudeau sent out a Tweet which says "to those fleeing persecution, terror, and war, Canadians will welcome you, regardless of your faith.”

For citizens of Saudi Arabia, UAE, Pakistan or any of the Middle Eastern countries seeking to work, live or study abroad, Canada is your ideal destination. A country with strong principles, a positive outlook on immigrants with communities that are safe and easy to integrate into.