Are you planning to move to Canada? Then you've come to the right place! Explore the best places to live in Canada.

Best Places to Live in Canada 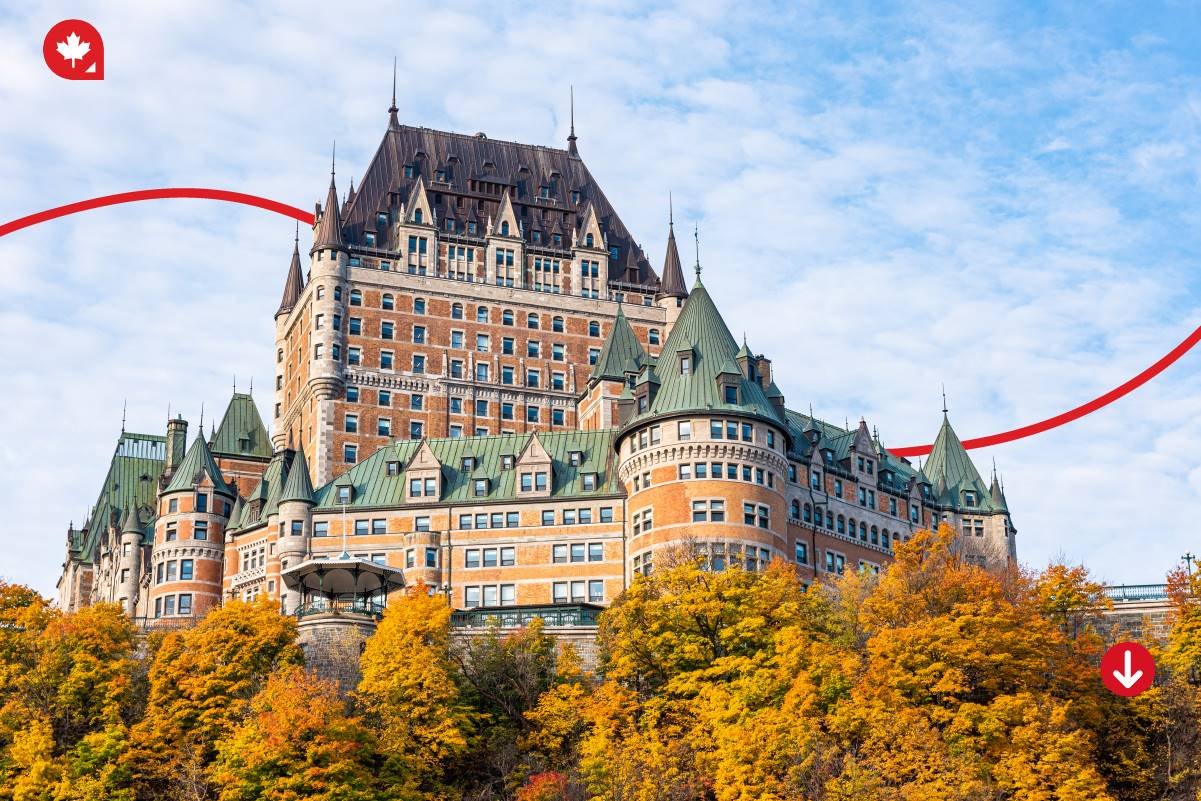 Are you planning to move to Canada? Then you've come to the right place! This North American wonderland is a great country to live in, with a wide range of cities and towns with unique attractions. Whether you're looking for a job, a quality education or a better quality of life, the Great White North has something for everyone. In this guide, we'll look at the best places to live in Canada, as well as all the factors to consider when choosing your ideal Canadian city.

Canada and its Cities 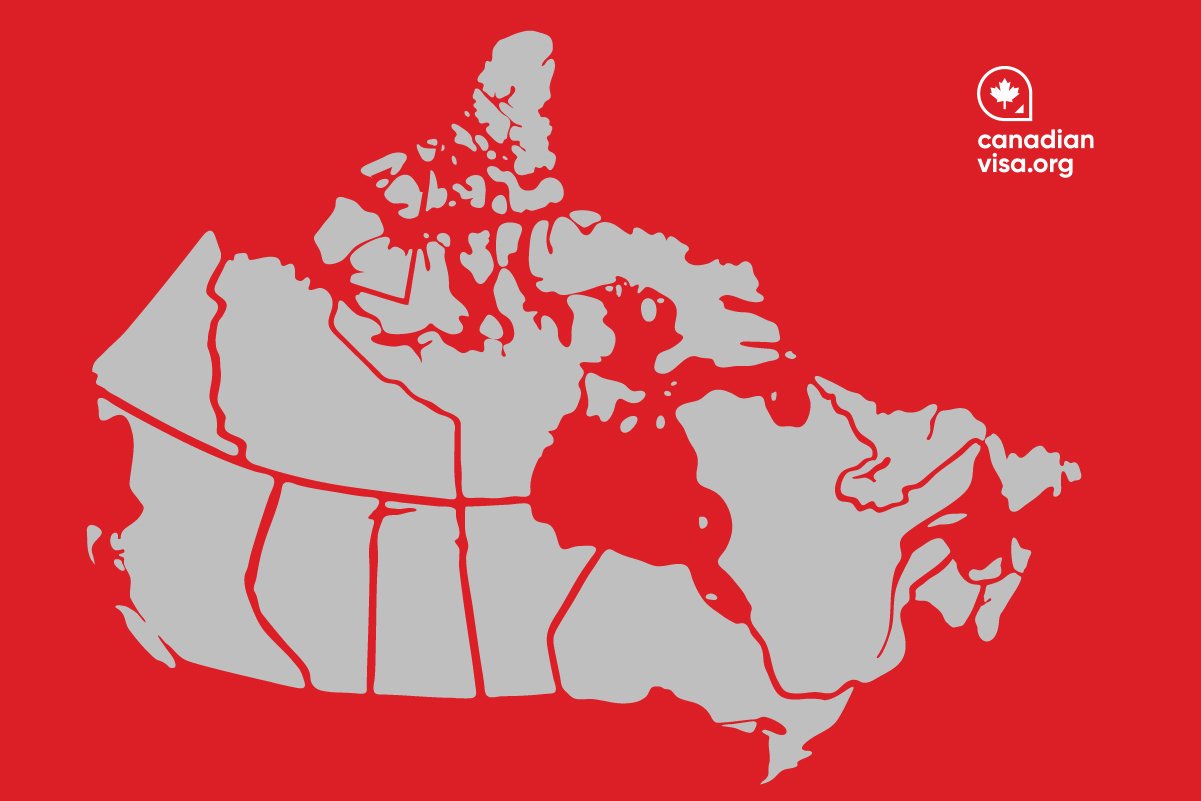 This land of maple leaves is the world's second-largest country by total area and is home to over 39 million people. It is divided into ten provinces and three territories. The country's major cities are located within the provinces of Ontario, Quebec, and British Columbia. These cities are home to the majority of Canada's population, and offer a variety of activities and amenities for those looking to relocate.

Factors to Consider When Choosing a City

When it comes to choosing the best city to live in Canada, various factors exist to consider. Here are some of the most important ones:

Here is a list of Canada's major cities ranked by population: 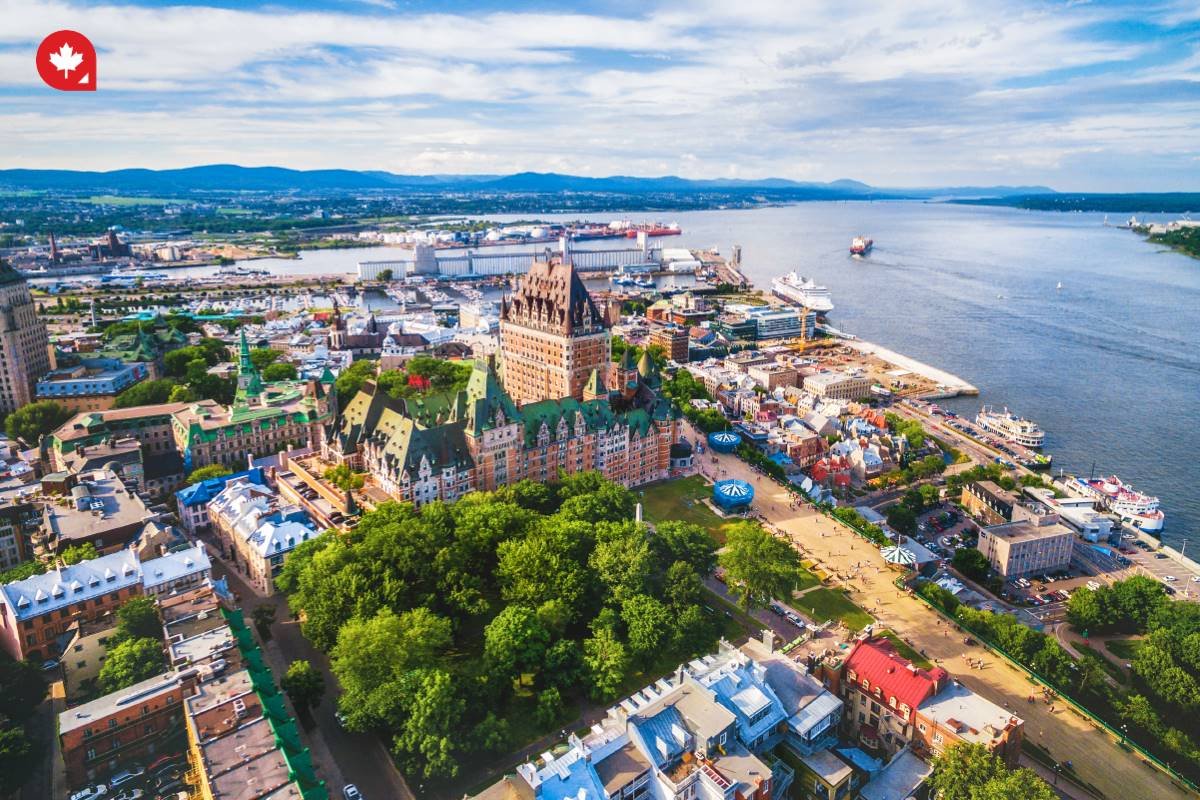 Canada is home to many beautiful cities. You should consider the cities below if you're looking for a city with stunning views and plenty of outdoor activities.

The city of Vancouver is surrounded by natural beauty. There's the Cypress, Mount Seymour and Grouse Mountains on one side and the Pacific ocean on the other end. So you'll be able to go swimming or catch some waves early in the day and hit the slopes by noon.

Banff is a resort town within Banff National Park. You can expect an endless terrain with magnificent mountains, forests and the most magical turquoise glacial lakes. The town and National Park are part of the Canadian Rocky Mountain Parks UNESCO World Heritage sites.

Victoria is a Pacific coast wonder. It is situated between the Salish Sea's calm waters and Vancouver Island's rainforests. You can look forward to the most stunning heritage buildings and have the chance to marvel at the city's diverse marine life.

Calgary, Alberta, is known as the "sophisticated city" that developed out of Canada's Western region. You'll find a healthy balance of all things modern intertwined with that pioneer charm of the west. The city is also home to many of the Great White North's best national parks.

This capital city of the province of Quebec was originally the home of the Algonquian people and is the setting of a chunk of Canada's history. Living in this city, you'll find yourself immersed in its European charm, so think cobblestone walkways, historic sites and classical architecture.

Halifax in Nova Scotia is set along the Atlantic Ocean in eastern Canada. With its maritime climate, it has short summers and long winters. If you love a great refreshing sea breeze, this city is definitely for you. This, along with the city's breathtaking landscapes and historical sites, makes it a great city to move to.

You'll find Canada's capital city, Ottawa, in the southeastern part of Ontario, right on the south bank of the Ottawa River. This fourth-largest Canadian city consists of a large urban area filled with unique villages and beautiful countryside.

The great thing about Canada is that there are over 900,000 vacancies currently waiting to be filled across the country. You'll find jobs for every skill level, so there really is something for everyone. Toronto, Vancouver and Calgary are popular destinations for job seekers, as these cities are home to various industries and employers.

According to Statistics Canada's Labour Force Survey for December 2022, there was an increase in employment in the following Canadian Provinces:

Take a look at the best provinces for job opportunities in Canada. 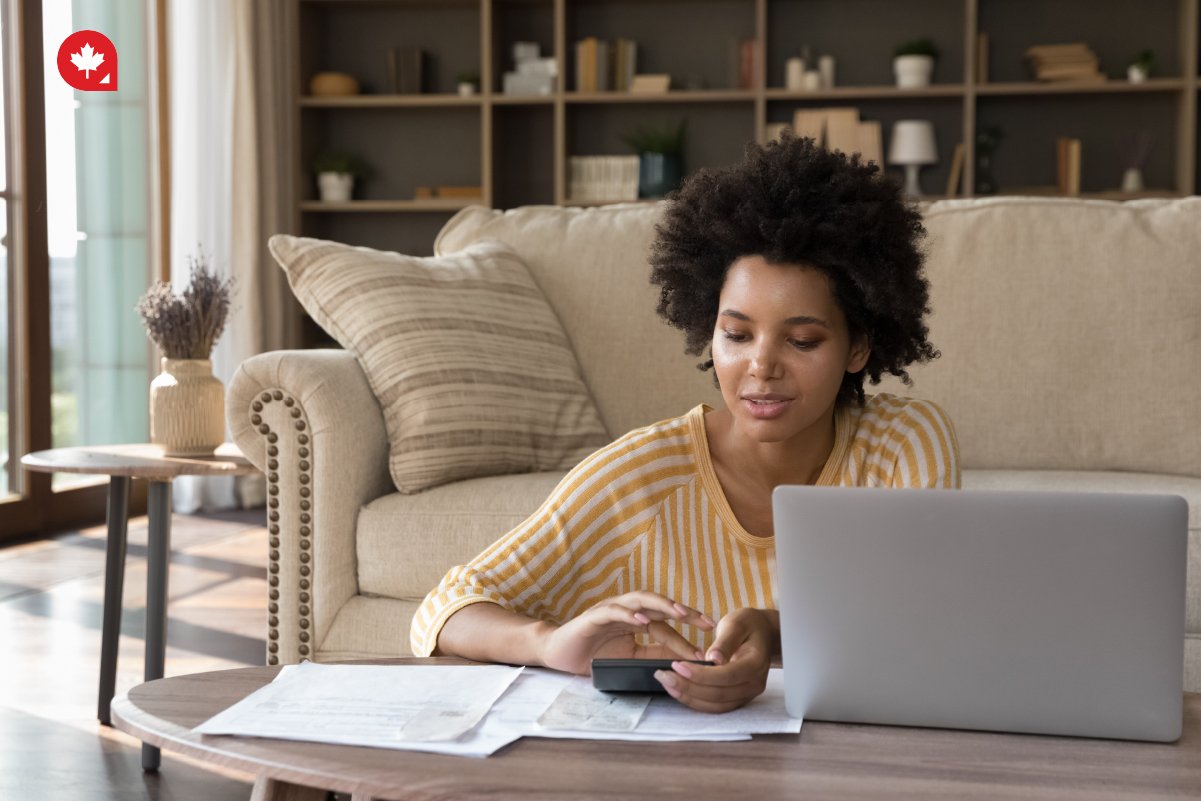 When it comes to quality of life, the city of Ottawa is widely regarded as one of the best cities in Canada. Its low crime rate, high-quality healthcare, and access to parks and green spaces make it a great place to call home.

Below are Canadian cities with high quality of life indexes, according to Numbeo.

Canada ranks high as a destination for entrepreneurs to launch startups or buy existing businesses. Because the country has a highly skilled labour force, an abundance of natural resources, a booming economy and great pathways of immigrant entrepreneurs and investors for anyone wishing to grow as an entrepreneur. If you're an entrepreneur looking for the best cities in Canada to start a business, here are the provinces to consider.

Ontario has an ideal climate for entrepreneurs, especially those in the tech industry. You'll be based in the heart of a flourishing economy and have access to several business incubators and accelerators for support. Canada's capital city, Ottawa, is a great place to do business. The advantages of setting up an enterprise here are that you'll have access to high-level talent in a space where business costs are low. You'll also have access to international networks and markets due to the official status of the city.

British Columbia has morphed into North America's tech hub. Vancouver has a solid talent pool for software engineers, developers, and programmers. With a deep talent pool, a competitive business climate, and an abundance of resources available for support, you'll definitely thrive as an entrepreneur in this province.

With its solid economy, this province can provide great opportunities for entrepreneurs who want to start or purchase an existing business. Experienced entrepreneurs can apply to the Saskatchewan Immigrant Nominee Program's Entrepreneur and Farm Categories. 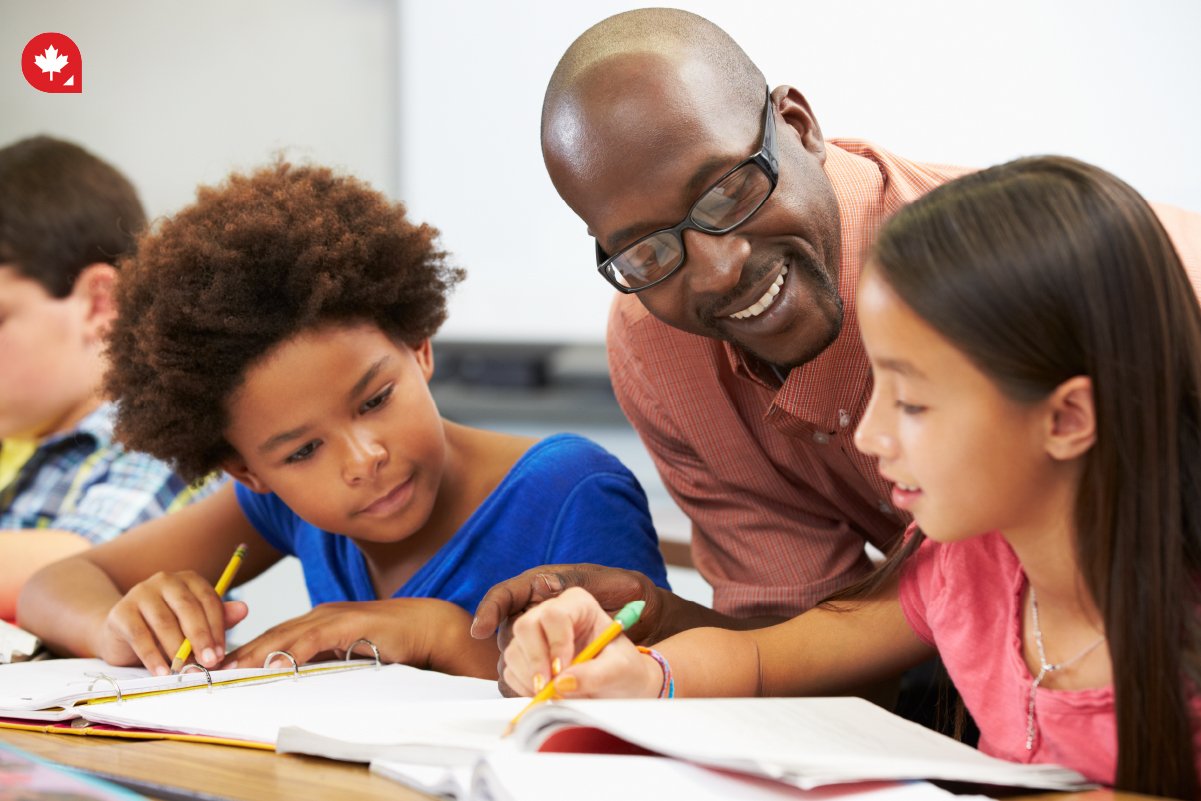 Toronto is a great option for those looking to further their education, as it is home to a number of universities and colleges. Montreal is also a popular destination for students, as the city has a variety of educational institutions and a vibrant student culture.

If you're looking for a city with plenty of educational opportunities, these are the cities to consider:

Canada provides the ideal setting for families, with its universal healthcare, free schooling up to high school level, large open spaces, low cost of living and high standard of living. If you're looking for a family-friendly province, below are the provinces to consider.

Ottawa is a great option for families, as the city offers a variety of family-friendly amenities and activities. The city has the highest percentage of graduates in the country and some of the best job opportunities. You can expect to earn an average salary of $52,600 per annum and according to The Canadian Real Estate Association (CREA), you'll pay around $816,720 for a house, should you be eligible to purchase one.

Alberta is another top Canadian province to settle in. Calgary is believed to be the province's ideal city for families, with two universities, The University of Calgary and Mount Royal University, as well as many other institutions of higher learning. Expect to earn an average salary of $67,700 per annum in healthcare, tech, trade, and finance sectors. According to CREA, you'll pay an average of around $596,400 for a home in Calgary if you are eligible to purchase one.

Manitoba is ideal for raising a family. You'll find a great variety of schools, as well as universities. in a tranquil setting. You'll earn an average of $54,000 per annum and have access to jobs in industries such as education, healthcare, trade, tech, and business. According to Numbeo, the city of Brandon is the best city in the province to live in. The average cost of a home in this city, according to CREA statistics, is around $272,500.

So Which Canadian City Will You Move to? 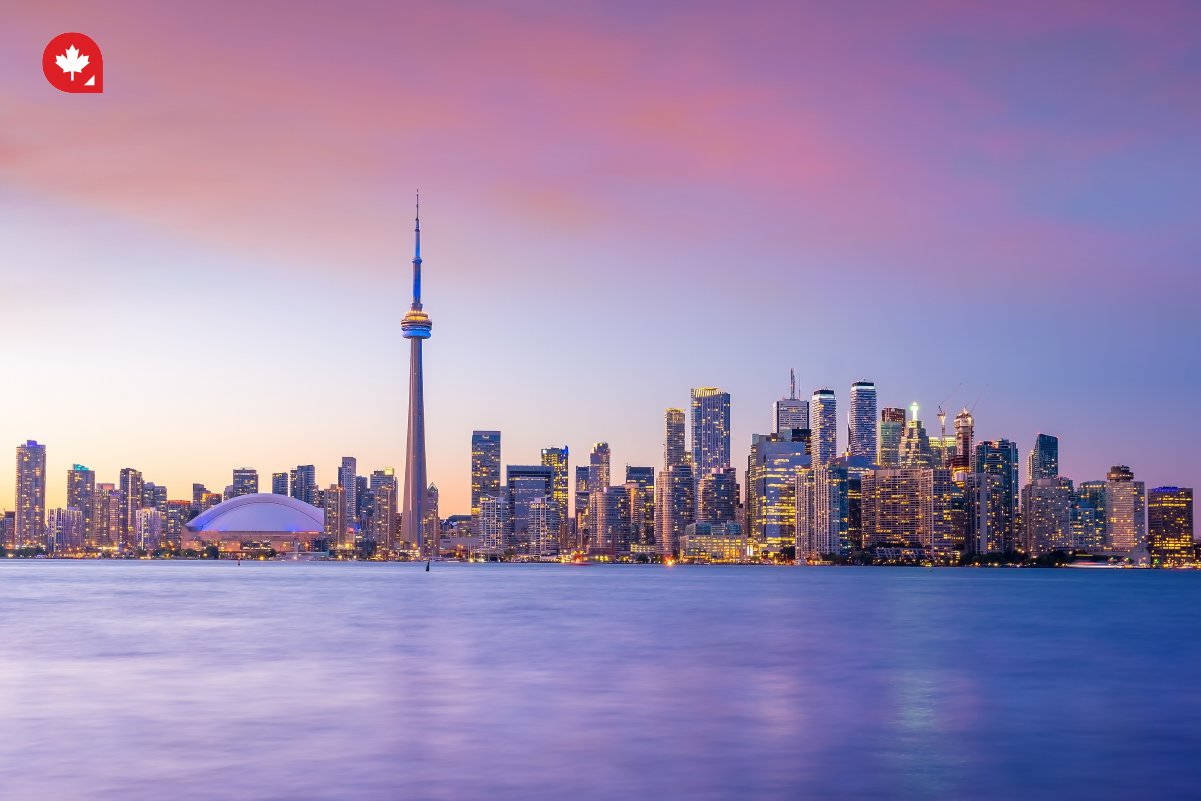 When it comes to choosing the best city to live in Canada, take the time to consider all the factors that will contribute to the quality of your life, family and career once you settle. Then weigh up your options. Whatever you decide, - there's no doubt that you'll find the city and province that's perfect for you, in the Great White North.

To make things less complicated, make use of one of our Regulated Canadian Immigration Consultants RCICs. They will help you explore the best immigration and visa options for your profile and guide you through every step of your eligibility evaluation and application process, giving you and your loved ones a fuss-free transition from your country of origin all the way to the land of the maple leaf.

Canada is considered one of the safest places in the world. While you need to be realistic and understand that a crime can occur anywhere, at any time, you'll be happy to learn that the country's crime rate is quite low.

Is it Quite Expensive to Live in Canada?

The cost of living in Canada is generally low, but you'd really have to take a closer look at the province and city you plan to settle in. According to Numbeo, a family of four can spend around $4,432.80 (rent not included) on living expenses. Learn more about the cost of living in the Great White North.

Will my Family and I Qualify for Universal Healthcare when we get to Canada?

The Canadian government offers universal healthcare to its citizens and permanent residents. This is funded through taxes. The quickest way to get Canadian permanent residency is by applying via the Express Entry System or the country's Provincial Nominee Program.